Who is Powder in Arcane?

Blue hair, skills with guns and explosions, and crazy eyes… You may already have a hunch who Powder is in Arcane, but we can give you the full low down below.

Arcane, Riot Games and Netflix’s animated collaboration expands on the lore and story of League of Legends in ways never before seen. And one character who’s stood in the first three episodes of Arcane was the diminutive, blue-haired trouble-maker Powder.
Many people instantly recognized Powder, voiced in the series as Mia Sinclair Jenness, and the character she represented. But just in case, or if you’re new to League of Legends lore, keep reading!

Who is Powder in the Arcane Series? 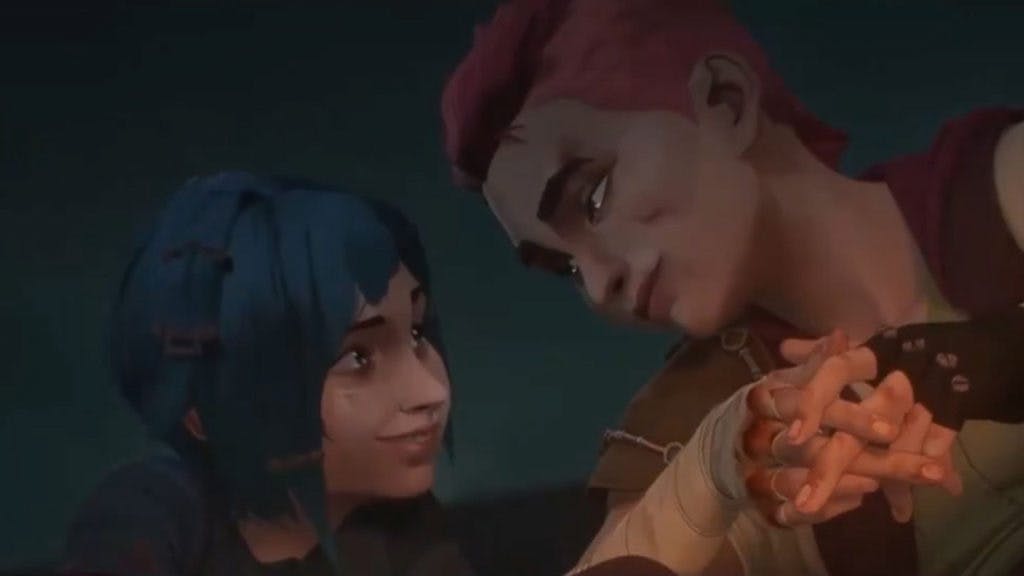 Just who is Powder from Arcane? (Image via Netflix)
Yes, you guessed it right, Powder is Jinx, the psychopathic marksman from League of Legends. The gun-toting champion first appears in Arcane at a much a younger age than her appearance in-game, and we first see her in the opening scenes of the series.
Powder, along with sister Violet, are rescued by Vander from a brutal attack by Piltover forces. Vander adopts the two girls into his care, and they're forced into a life of crime. Mainly because that’s what life in the undercity of Piltover is like.
Powder’s name, and Violet’s for that matter, comes from a not too inventive source—Powder has powder-blue hair, and Violet has purple hair. It’s no wonder both switch out their names later, with Powder’s new name foreshadowed in the series. In episode one of Arcane, Mylo, the Powder's friend and accomplice, tells the others “She’s a Jinx.”
By the end of the first three episodes, Jinx is left abandoned by her adoptive family, and runs into the arms of the series’ villain, Silco. Her talent for explosives unwittingly caused the death of her adoptive father, and her sister, Vi, turned her back on her. However, her path towards darkness, and becoming the Loose Cannon, as she’s known in-game, has begun.

Who is Silco in Arcane? [The Netflix Animated Series, Updated for Act 2]

The murderous Silco is one of the most charismatic, if evil, characters in Arcane. But who is he?

Read More about Characters in Arcane:

Jinx in League of Legends 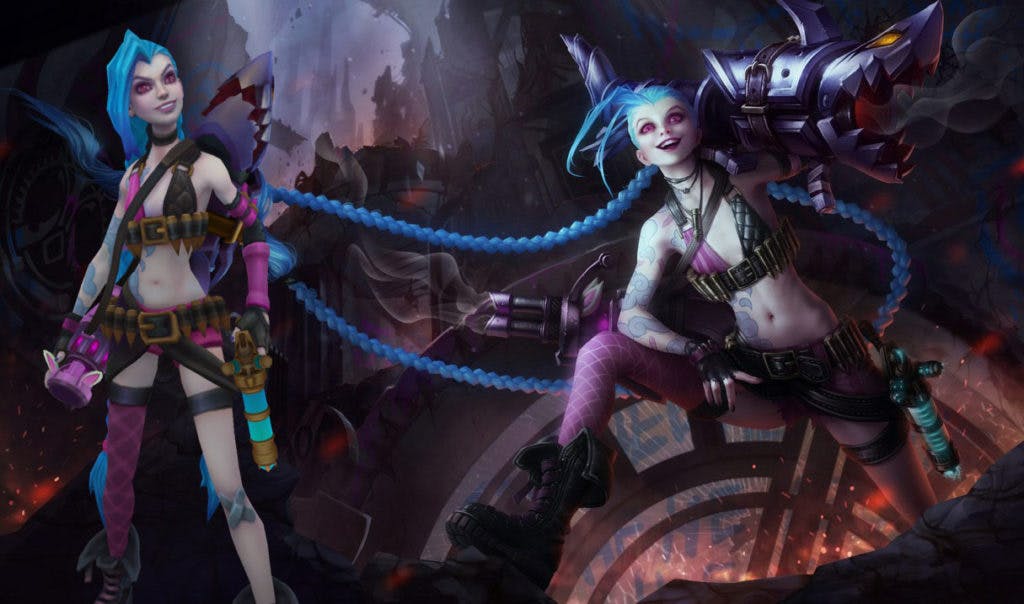 Image via Riot Games
Jinx was released in 2013, and has been a staple in the bottom lane in League of Legends ever since. A quintessential attack damage carry, the champion uses her two guns, Pow-Pow, and Fishbones, to cause havoc among enemy teams. She also utilizes gadgets like her Zap! gun, Flame Chompers, and Super Mega Death Rocket, to great effect. Explosions are second nature to Jinx, with many of her abilities utilizing them for damage
Jinx was heavily implied to be the main character and face of Arcane during the promotional materials for the game. Going so far as to be part of a collaboration between League of Legends and Fortnite, with Jinx dropping into the first-person shooter with a bang.
The champion is one of the most popular and well-loved in all of League of Legends. So it’s no surprise Jinx makes her appearance as Powder in Arcane. A chance to see the tragic backstory of ‘Powder’ and the maniac girl we know she would become is a compelling enough reason to watch the show on it’s own.
Stay tuned to esports.gg for the latest coverage on Netflix's Arcane and League of Legends news.