Have you ever wondered about the rarest items in Apex Legends? Well, no need to worry. Here’s the ultimate guide on the Apex Legends Heirlooms.

How to get Heirlooms

Heirlooms in Apex Legends are some of the rarest items in the game. However, there are still ways to acquire the coveted Heirloom for your favorite Legend. The two possible ways to get Heirlooms are either purchasing them or through 150 Heirloom Shards. These shards are less expensive, but a significantly longer method of acquiring the Heirloom. After opening 500 Apex packs, you are guaranteed to acquire 150 Heirloom shards that lets you purchase any Heirloom or Mythic rarity item in the Apex Store.

The Apex Heirloom and Mythic store (Image via Electronic Arts Inc.)
Each new collection event in Apex Legends has 24 items and a bonus featured Heirloom for the event. To unlock the bonus Heirloom, players need to acquire all 24 of the event items. Rather than purchasing each of the items for full price, players tend to use a combination of the bundle deals that the store offers during events. These bundles tend to come with three or seven of the event packs and one featured skin. This gets players halfway to the goal of getting the Heirloom with 12 of the 24 items of the collection.

As of halfway through season 15, there are coincidently 15 different Heirlooms on the PC and console versions of Apex Legends. Each Heirloom comes in a small bundle of three items. This Heirloom bundle includes the Heirloom, a banner pose, and intro quip that are all of the illustrious Mythic rarity.

The first, and arguably most iconic Heirloom of Apex Legends, is Wraith's Kunai. This set comes with the the Fearless banner pose, the Kunai, and a intro quip that all players know: "You know what I look like — come find me." As previously mentioned, the Kunai is the game's most iconic Heirloom. This is mainly because it's been around since the launch of Apex Legends. With Wraith still being one of the most popular Legends, players who have the Heirloom are dedicated Wraith fans.

The second Heirloom ever released in Apex Legends goes to Bloodhound. The Heirloom was released alongside one of the game's best events: the Iron Crown event. The bundle comes with the Glory Hound banner pose, the Raven's Bite Heirloom, and the intro quip that goes, "I honor those who've risen, not those who've fallen."

Following Bloodhound in terms of release order is Lifeline and her Shock Sticks Heirloom. When released during the original Fight or Fright event back in 2019, players were rewarded the Heirloom bundle for completing the collection event. The bundle includes the Heirloom, the Shock Sticks banner pose, and the quip "Check yo self — or wreck yo self."

Arguably one of the most dissociated Heirlooms currently in Apex Legends is Pathfinder's Boxing Gloves. The set was released in the Holo-Day bash collection. Prior to the Stories from the Outlands that explained Pathfinder's love for boxing, players were confused about the connection between the innocent robot and the sport. The bundle comes with a banner pose and a kill quip rather than a intro quip that reads, "Did you see how great I was? I did all kinds of really amazing moves… are you listening?"

Next up is Octane's Butterfly Knife Heirloom. The high-flying daredevil has his very own extremely dangerous fidget spinner mixed with a needle for his Stim injections. The bundle came out in the System Override collection event in 2020. It comes with the Spin and Flick pose and the intro quip that goes, "Run fast. Hit fast. Win fast."

Mirage's Too Much Witt

In Season 5's Lost Treasure event, Mirage found his own lost treasure. His Heirloom is Too Much Witt. This trophy of himself for earning the self-proclaimed title of Best Competitor in a Battle Royale — Based on Skill, but mostly looks. The Heirloom has some comedic value to players, as bonking a murderous robot with a trophy seems like quite the scenario. The bundle comes with the You Really Love Me pose and an intro quip.

On the topic of bonking enemies, there's one of the most satisfying Heirlooms in Apex Legends to bonk others with: Caustic's Death Hammer. This massive hammer came out in the Aftermarket event and was one of the first Heirlooms with secret and rare animations. The bundle comes with the Hammer Time Pose for MC Hammer fans, the Heirloom, and the intimidating intro quip, "I look forward to getting my hands on you."

Continuing the theme of smacking enemies in Apex Legends with big weapons is Gibraltar's War Club Heirloom. This Heirloom bundle comes with the Like a Rock banner pose, the Heirloom, and the intro quip, "When this is over, they'll all know the name Gibraltar." Gibraltar's Heirloom is one of the more lore-filled entries, as according to the Season 7 comic, the War Club was a custom-made gift from his boyfriend, which in of itself is a lot to unpack.

Another lore-filled entry in the game's list of Heirlooms is Bangalore's Cold Steel. Like with Pathfinder's Heirloom, there was an entire Stories from the Outlands that introduced both the Heirloom and Newcastle. The Cold Steel bundle comes with the No Gun, No Problem banner pose, the Heirloom and the intro quip, "Hope you're not afraid to get your hands dirty."

Arguably one of the most intimidating Heirlooms out there is Revenant's Dead Man's Curve Heirloom. This crimson scythe arrived with the Genesis collection and comes with the No Escape banner pose and the "You don't want to see this up close, skin bag" intro quip alongside the Heirloom itself.

Wattson's heirloom was a long-time coming. With almost all the original Legends having Heirlooms, Wattson was left out. That was until the Raiders event, which introduced the Energy Reader. This unique Heirloom is a handheld device with a myriad of animations and even a Nessie plushie. The bundle comes with the Handled With Care pose and the intro quip that goes, "Try as you might, you can't killowatt... son," which is one of the more punny quips in the game.

Also making a late entry in the Apex Heirloom group is Crypto and his Biwon Blade. Crypto was one of the early Legends, being introduced in Season 3. However, like Wattson, his Heirloom didn't arrive until Season 12 in the Warriors collection event. His Heirloom bundle comes with the simple intro quip of, "I'll find you," the No Escape banner pose, and the Heirloom itself.

With Valkyrie's popularity in the Apex Legends competitive scene in 2021, it was not a surprise that she was next on the list to get her very own Heirloom. So in the Awakening Collection event, Valkyrie got her own Heirloom with Suzaku, a spear like weapon. Also included with the Heirloom is the Angel's Arrival banner pose and the intro quip referencing her Titanfall 2 lore, "This little viper's got her mom's fangs."

Last, and certainly not least, is Loba's Garra de Alanza Heirloom. This Heirloom is most recent addition to the Apex Heirlooms, coming with the Beast of Prey collection event. Her Heirloom bundle comes with the Trazer de Volta Banner pose, the Garra de Alanza Heirloom, and the intro quip, "I'm in a class of my own." The Heirloom also comes with its own comic and lore behind it, which can be seen in the Apex Legends webcomic.

Loba's Heirloom bundle (Image via Electronic Arts Inc.)
It has not been confirmed which Heirloom is coming up next. However, data leaks and rumors explain that Seer is up next for getting his Heirloom. Unfortunately, the order in which Legends get their Heirlooms is not by their release order. Horizon fans will have to wait a bit longer.

How to equip Heirlooms

Once unlocked, equipping Heirlooms as well as the items included are quite easy tasks. Heirlooms in Apex Legends are merely cosmetic items that override a Legend's melee attack. Once in the Legend menu, the option to equip an Heirloom is on the right side of the screen. All players need to do is tic the box to equip the Heirloom. 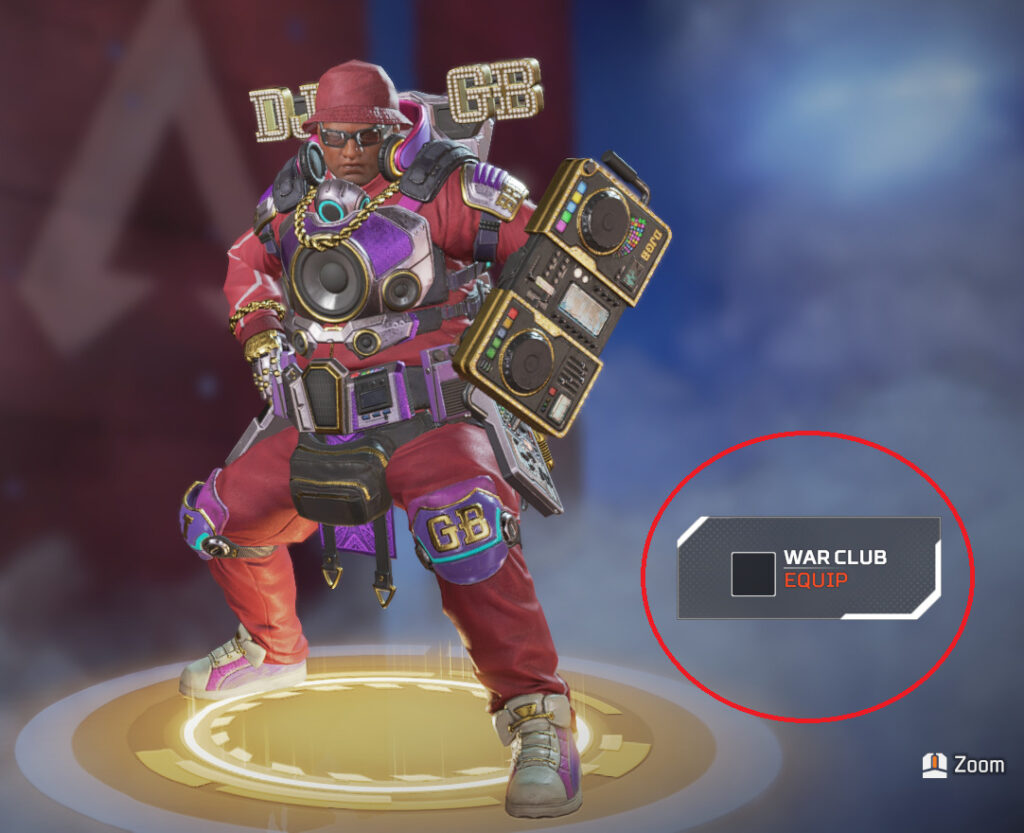 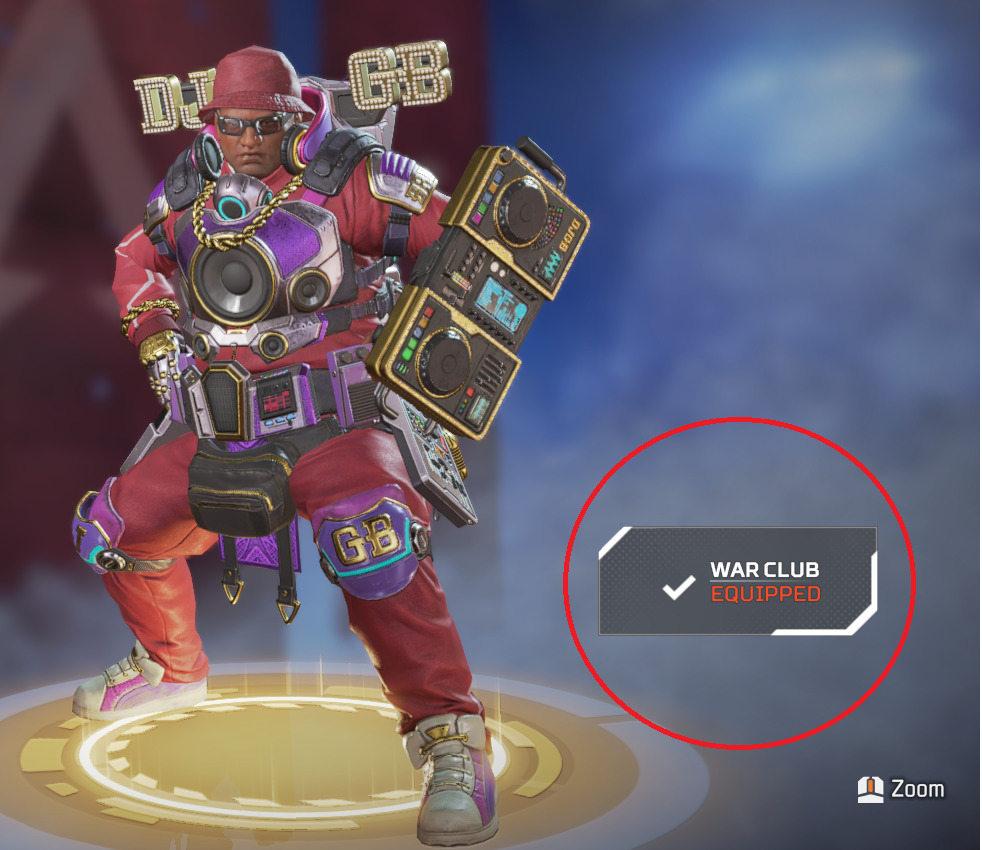 Are there Heirlooms in Apex Legends Mobile?

Apex Legends Mobile has made quite the debut with its release. Although the games at their core are the same, there are a couple noticeable differences between the two. Differences include the Legends that are available and the customization options. However, the biggest question in terms of differences between the two are the availability of Heirlooms.
Thankfully, Apex Legends Mobile players can acquire Heirlooms as well. Although the selection isn't as extensive as the PC and console versions of Apex Legends. Currently, there is only one Heirloom for Apex Legends Mobile, which is for Fade. However, it's rumored that more Heirlooms from the Outlands are on their way. Regardless, this Heirloom is currently the only one in Apex Legends Mobile. Like Mythic skins, it evolves with more uses. Fade's Heirloom has six levels to it and transitions from a claw to a bow.
For more Apex content, stick around on Esports.gg