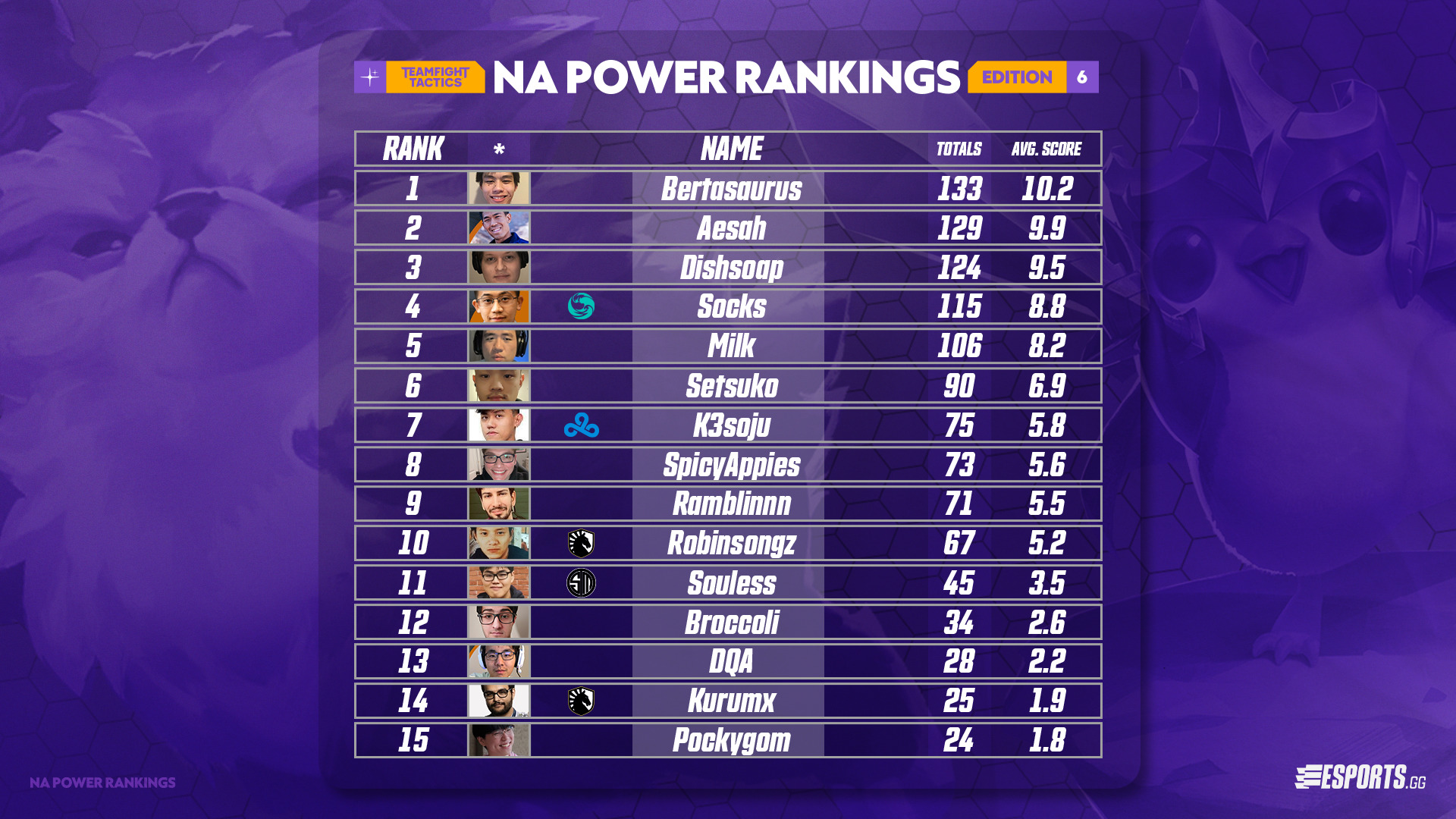 The Teamfight Tactics NA Power Rankings was created by an esteemed panel of commentators, players and community figures. It was organised by the premier TFT commentator duo Dan “Frodan” Chou and Bryce Blum, who are also behind the brand new the DTIYDK Podcast!

The judges for Edition#6 were:

How were the placements decided?

Each of the 10 panelists (9 fixed judges + 1 guest judge) ranked the top 15 TFT players in North America based on the question: if the Jade Cup was run 100 times, who would have the highest average placement (AVP)?

We assigned points to each ranking, with first place scoring 15 points and each successive placement earning one fewer point (e.g. second earns 14 points, third earns 13 points, and 15th earns 1 point). Consensus rankings are based on the aggregate point earnings for each player based on their ranking from every panelist.