EA’s John Nelson: “We wanted to create something unique that would be tied to the ALGS Championship directly”

The ALGS crowdfunding experiment by EA could potentially see the Championships boast a $3 million prize pool. We spoke to EA’s John Nelson about their decision, and got the thoughts of several community figures.

As we reported on May 18th, Apex Legends fans can now grow the ALGS Championships prize pool through crowdfunding. A selection of animal-themed ALGS crowdfunding bundles were added to the store, all of which can grow the Championships prize pool up to a max of $3 million.
Given the scale of the news, Esports.gg reached out to John Nelson, EA's Apex Legends Competitive Gaming Commissioner, to hear his thoughts on the company's big decision to start crowdfunding for their competitive scene. We also picked the minds of Esports.gg's Jon "Falloutt" Kefaloukos, Apex caster GuhRL and professional EMEA Apex player Martin "Graceful" Wongphrom.

EA's John Nelson: "It was always our intent to debut it for the ALGS Championship" 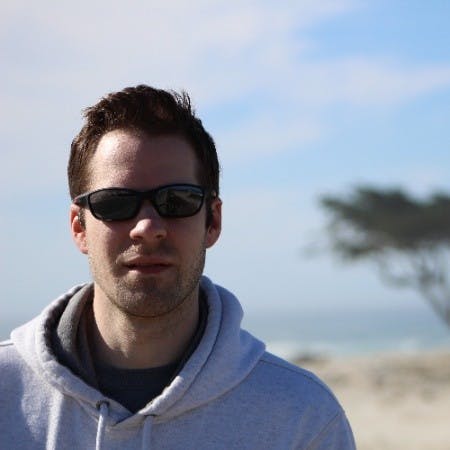 EA's John Nelson
"We wanted to implement a community bundle prize pool program for just over a year. It was always our intent to debut it for the ALGS Championship," said John Nelson, EA's Apex Legends Competitive Gaming Commissioner.
"We’ll measure the program’s success through engagement, popularity and player sentiment."
Crowdfunding has proved especially successful in Valve's MOBA Dota 2, where 25% of sales from the BattlePass for their annual event The International go towards the overall prize pool.

"We wanted to implement a community bundle prize pool program for just over a year. It was always our intent to debut it for the ALGS Championship"

John Nelson, EA's Apex Legends Competitive Gaming Commissioner
"We wanted to create something unique that would be tied to the ALGS Championship directly. Evolving the prize pool through the Battle Pass was never a consideration. The Battle Pass is a seasonal experience that players enjoy for its progression and rewards," said John Nelson to Esports.gg.
There are a total of five bundles now on sale in Apex Legends that contribute to the ALGS prize pool. "We were excited by the idea of creating skins themed around the animal kingdom," said John Nelson. "We looked at additional Legends, but in the end we chose Pathfinder, Octane, Fuse, and Caustic for this opportunity."

"A giant step in the right direction" - Falloutt

"A giant step" says Falloutt
EA have stated the crowdfunding bundle and skins are an experiment, but this hasn't stopped people being excited at the potential for this to have a massive impact on the Apex Legends ecosystem moving forward.
"Crowdfunding for ALGS Championships is a giant step in the right direction for competitive Apex," said Esports.gg's Jon "Falloutt" Kefaloukos. "It provides a direct opportunity to support the sport and it's teams/players. "
"I've been a big advocate of things like in game team skins, creator codes, and crowdfunding for major tournaments for awhile, and this first step is exciting to see, and an important one for the growth and sustainability of the esport," said Falloutt.

"So much potential" says GuhRL
The unlocked potential to make Apex Legends even bigger through crowdfunding was shared by commentator and streamer GuhRL.

"My initial thoughts to crowdfunding was DOTA2, 100%," said GuhRL. "Imagine Apex Legends being able to having BattlePasses, predictions on who wins, top placements, most kills, etc. "
"Imagine an in-game feature where you can spectate the tournament through your own game and control who you watch. There's so much potential to make Apex an even bigger esport.  I have to say I'm very grateful that EA is doing their best to take care of their professional players and still trying to innovate and add to the game," said GuhRL.

"COVID slowed us down" - Graceful on the growth of competitive Apex

At the end of 2019, EA announced its plans for a competitive circuit for the Apex Legends Global Series, with 12 live-events planned. The first live Major was set for March 13-15th in 2020, but when the pandemic hit, EA were forced to cancel the live events and their original plan.
"In regards to the 12 LANS that got announced I was more than happy knowing that Apex would take off but sadly COVID slowed us down," said Nessy's Martin "Graceful" Wongphrom, whose team placed top 5 in the ALGS EMEA Winter Circuit playoffs.

"Overall the ALGS crowdfunding does make me happy knowing this will open up more opportunity in the future for the growth of the scene as well as the sustainability as a competitive player."
"Overall bigger prize pools means more viewers, and more viewers makes it more lucrative for orgs and other potential sponsorship deals to come in," said Graceful.

Graceful - whose team qualified for the ALGS Championships next month - recently said on Twitter he had considered retiring from the game, despite a formidable record in competitive play.
"In regards to my discussion on retiring, it was simply that playing the game at the highest level wasn't really enough to make it sustainable. We as Nessy have won roughly $80k throughout our careers (over two years) that's divided by 3 and we have to tax that as well. This simply isn't sustainable for anyone," said Graceful.
"I think that the idea of the crowdfunding is really good (same way how DOTA runs it so effectively) and I am more than happy that the prize pool is increasing."

"Once you manage to land a org that you can call a home for a long time you can then focus entirely on improving and not worry about the financial part of things (due to salary). Being a competitive player in Apex Legends has had it's fair share of ups and downs but hopefully from here on out we get more ups!" said Graceful.

Lawrence "Malystryx" Phillips
Administrator | Twitter @MalystryxGDS
Malystryx is Editor-in-Chief/Managing Editor at Esports.gg. and a veteran esports journalist, content creator and personality. He has been involved in the esports scene since 2004 and has worked with many different organizers and portals, including SK Gaming, ESL, Dexerto, GINXTV, Razer and Monster Energy. Malystryx was also a broadcast talent on Valve's Dota 2 Pro Circuit over the last few years, creating on-site video content for PGL and Starladder. In his spare time he streams on Twitch as MalyPlays.