The Major updates in Dota 2 define the meta over the next few months. In some cases, the updates define the road to the International. Expectations from a Dota 2 patch are high, the entire community is excited, wanting to see what changes are made to their favorite hero and items.

While not everyone can make 9 hour videos, a majority of the players spend considerable time analyzing the patch, drawing their own conclusions. There was a similar hype around Patch 7.31. Ofcourse, there was a new hero, Primal Beast released. There were new items, new talents, neutral creeps and more. Even techies got a rework. But there were no map changes, the rune-spawns remained the same (except for a change in location), the outposts did not change.

And that, to many, was a disappointment. While minor tweaks to items, abilities and a new hero might sound exciting, they did not change the meta in the Grand scheme of things.

As we near mid-April and the end of the current DPC tour, it feels the meta is very similar to before. It’s mostly the same heroes that are in rotation, the same feel to the game.

While discussing the current Dota 2 meta in their recent podcast, Notail and Ceb had some interesting thoughts to share about the current state of Dota 2. Mirroring the opinion of most of the community, Ceb said the community expected deeper changes to Dota 2 and what it received was more of a polishing.

Icefrog has been the real-life hero of Dota 2, carrying this game on his back with the meticulous changes to heroes, items, roshan pit and a lot more over the years. The game has changed and is constantly evolving. So to see a Major change with not so much changing sounded a bit disappointing. TI11 will be upon us in the next few months and it does seem like this will be the patch for the near future.

“I don’t think Icefrog is working on the game right now. I don’t know if he is on a break, that’s what I am guessing, […] I get that vibe, I know he wasn’t working on Dota non-stop. I think he has his breaks and everybody deserves breaks.”

Cap explains the two biggest changes of Patch 7.31 and what it means to Dota 2

N0tail suggestions for Changes to Dota 2

N0tail: “I would like for supports not to be level 6 for free every game, both of them before minute 10”

The former OG player further adds he feels he has some good ideas to improve Dota 2 right now. Previously in the podcast, he has outlined some of these ideas, including changes to the way couriers work, or a cap on Healing Salves.

But I really dislike the creeps giving that much early game. I would like for supports not to be level 6 for free every game, both of them before minute 10. In most laning phases, you have everybody is level 6 by minute 10.

For me, it removes a bit of depth from the drafting. I would like the creeps to be useful. I would like for kills also to mean a little bit more early game. If you make creeps worth a bit less on every lane, especially on XP.” 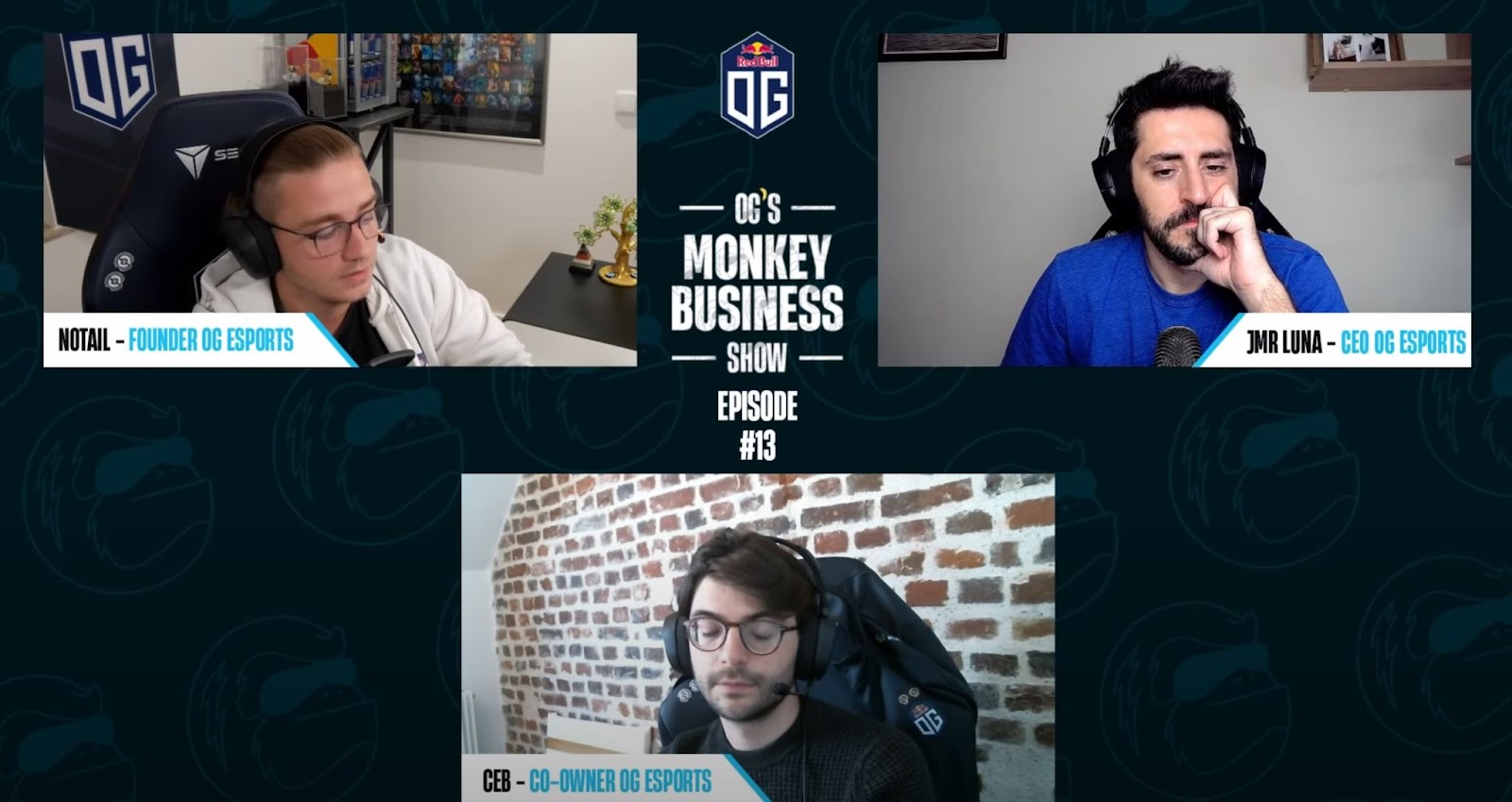 Ceb, N0tail and JMR Luna host the OG Monkey Business Podcast. Catch them on their YouTube.

Over the next few minutes in the podcast, N0tail gives some more suggestions on what he wants to see changed in Dota 2. He says heroes like Mars, TA and IO have been the meta for a very long time, which is also which the meta feels kind of stale.

N0tail: “And if you give salves a cap, so they stock like wards. It would also make WD and Warlock, healing spells a little bit cooler and better. Because now everybody can buy salves.

Or if you don’t do the salve change, I’d like couriers to show up as three stock. You get one minute courier 1, the next minute 2, the next minute 3 and you have to choose who gets the courier. And you can’t just carry items, I would say. Something like that, so the game gets slowed down a little bit. The games are not super over at 8/9/10 minutes from an insane laning phase. That’s kind of what I really dislike.

I also don’t like the way the same heroes are meta for so long; Mars, TA, IO. I would like for IO to take a chill pill. But I don’t think IO is that broken, I think there are other things that are way too broken. Everybody is playing Ench for so long now. Do something about Enchant on the creep, it’s so busted. It’s a little stale for me.”

TSM Bryle: "[Somnus] has robotic laning skills. Everything he does is robotic. Perfect CS, perfect deny. He was the hardest I've laned against"

“At Dubai they [Nigma Galaxy] got top three and they showed a lot better performance in Dubai. The Dota 2 was also better. I don’t know, something happens online”: Notail

Nigma Galaxy is one of the top teams in Dota 2 with veterans and extremely popular players such as GH, Kuroky, Mindcontrol, Miracle and their latest addition, Igor “iLTW” Filatov. The team, on paper, is one of the strongest teams in Dota 2. However, they have not had much success this year. Nigma Galaxy finished 7th in Tour 1. They have lost all four of their Tour 2 games so far and it looks like they might not make it to the Stockholm Major.

As a veteran player himself and a two-time TI winner, Notail mentioned the plethora of online Dota 2 games as a major reason for Nigma’s underperformance.

“Online they haven’t done well. At Dubai they got top three and they showed a lot better performance in Dubai. The Dota was also better. I don’t know, something happens online.”

“They were more passionate, they were feeling it [at Gamers Galaxy Dubai LAN]. I feel like online, a lot of guys have to force it. I would say the same things for Team Secret. They have to force the hype in these games.” – N0tail

He goes on to say that many of the current Dota 2 teams are not playing against the likes of Team Secret, Nigma Galaxy at their peak. He specifically gave the example of the Gamers Galaxy Dubai LAN event where Nigma’s playstyle and Dota 2 was much better, according to the TI winner.

“I think [Nigma Galaxy] they were a lot more fired up when they were in Dubai. They were more passionate, they were feeling it. I feel like online, a lot of guys have to force it. I would say the same things for Team Secret. They have to force the hype in these games.”

Stay tuned to esports.gg for the latest Dota 2 news and updates.

Started esports with Dota, moved to CS, then OW, back to Dota 2 and now a bit of Valorant. I love city-building games, have spent hours in Cities:Skylines only to have the traffic defeat me. Love travelling, an admirer of fine movies, writing a sci-fi novel in spare time and coding (Javascript)