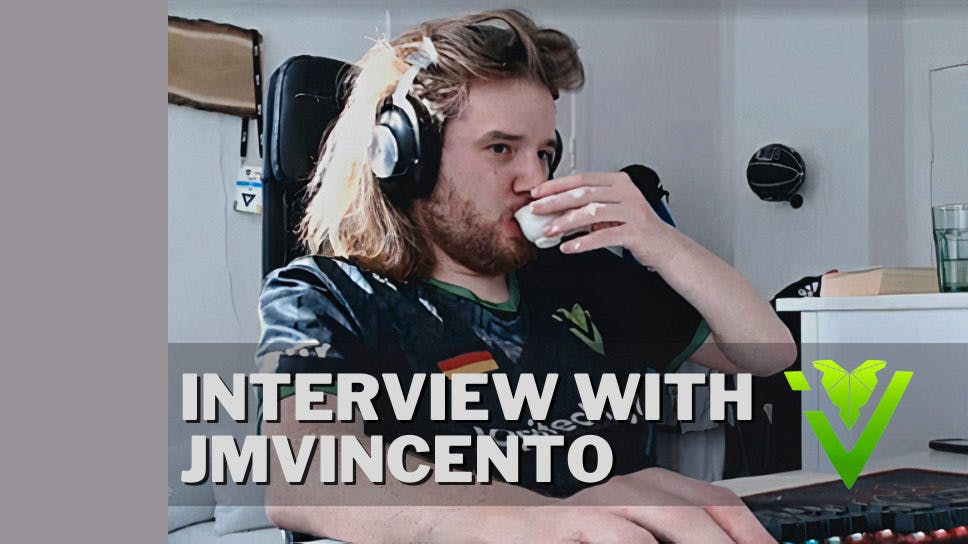 Team captain jmvincento introduces his team, IVY and their road to the top of Western European DPC.

After beating EU Rejects, team IVY is now 3 – 1 in the western Europe DPC div II. Their goal is to reach Div I, but first, they must beat Into The Breach on the 29th of June.  The match may decide who goes to Division I and who stays in Division II. Jonas Vincent "jmvincento" Matz now boasts a 100% win rate on his most picked hero, Chen, in the WEU DPC div II. But perhaps jmvincento is most known for his efficient way of eating bread.

A staple of the German Dota community

Jmvincento started his competitive career in 2017 by winning the German Dota 2 league. He then played with 'hehe united' in ESL Meisterschaft boasting several top three placements before joining Ivy on January 17th. Ivy proceeded to finish 6th in the WEU DPC tour 2, but now they are looking to advance to Division I. Esports.gg's Vegard Krogdahl got an opportunity to speak with the support player

Rough start versus Nigma Galaxy but good learning points for the squad.

Ivy started the season by losing 0 – 2 versus NGX, game two looked to be in the bag but NGX had a great comeback to end the series in their favor.
First off, congrats on your recent results in the DPC tour, how are you feeling now?
Jmvincento: "The games versus NGX felt very bad. We feel like we missed our target for both games, we feel we should’ve won the second game 99% of the time, which tilted us as a team. But it also made us improve as a team after watching the replays and studying how we could improve. So we can start to close out games like that. We are starting to gel as a team and improve our synergy, which makes us a stronger contender."
For those who may not know Ivy that well, could you tell us a little bit about your players, who are they and how did you guys end up grouping up?
Jmvincento: "Kaszas “Lowskill” Tamas is our position one. I've known Lowskill for about two and a half years. The first time I noticed Lowskill was during ESL Meisterschaft, which is a German league. He is a good carry player; he was already around rank 70-100 when I first noticed him in ESL Meisterschaft. Lowskill is a super high-skill player, probably the best Hungarian player and he’s also pretty young. I see real potential in him, he has a good Dota understanding.”
"Fabian “Mo13ei” Knehr is our position two and has played both Dota 1 and HON previously. Mo13ei is the brain of our team, he’s our drafter. And when we are watching replays, he gives the first input on how we should play in the future. He does a lot of the groundwork for our team and with input from the rest of us creates our strategies and what heroes we should play. He also puts a lot of effort into his skill and his Tiny and Necrophos are very good. His skill is very high, and he probably out skills every other mid-laner in Division II other than Syed Sumail “SumaiL” Hassan.”

Mo13ei is the brain of our team, he’s our drafter. [...] His skill is very high, and he probably out skills every other mid-laner in Division II other than Syed Sumail “SumaiL” Hassan

jmvincento talks about mo13ei
"Bektur “Max” Kulow is our new position three player. Max was previously known as “Runec” which some players may recognize. We’ve put him in a sacrificial offlaner role, with him and Tinnemeier splitting more farm. In pubs, he can be a bit toxic, but he is super chill in competitive matches. He never tilts or gets a bad mood if his lane goes poorly. Very positive guy. He’s a bit of a troll in pubs, but a very positive guy.”
"Jan “Qupe” Tinnemeier is our position four player. I’ve known Qupe for about 10 years now, I’ve played him in national (German) leagues and met him at different LANs. He is currently in the middle of exam season right now, but he finishes in about a week which means we can put more effort into the last matches and scrim more.”
“He is very good on his comfort heroes, such as Pangolier, Pudge and Mirana, he fits very well with Max in the draft. They’ve also played together previously in different stacks which means their synergy is pretty good. Their macro gameplay is super good together.”
"Then you have me, the boomer of the team. I'm currently playing position 5 for Ivy. I’ve played Dota for like 15 or 16 years. I’ve also finished a master’s degree as a business engineer. It paid well but then Corona came in early 2020 and kinda ruined it."
“I decided to stream and play Dota full time, this was around the start of 2020. At the end of 2021, the current Ivy team got formed for ESL Meisterschaft as a “superteam”, basically the best players of the top three teams in that league formed as one team. We used to play with Tim “ThebloodySky” Meese-Marktscheffel but he got an offer from simply TOOBASED to play in NA DPC Div 1 while we weren’t even confirmed for DPC Div 2 in Western Europe.” 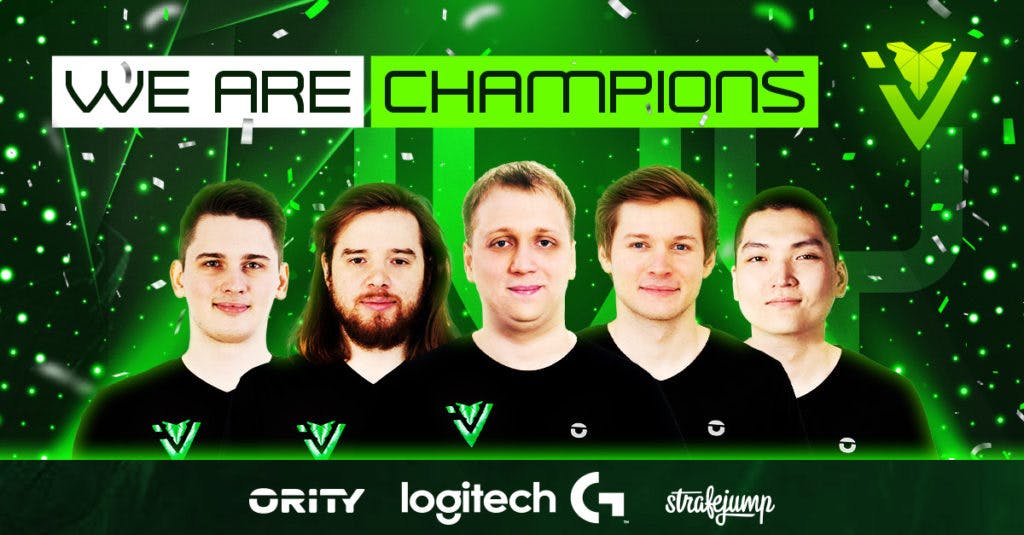 Credit: IVY facebook page
Q: Your recent addition Max seems to be doing great within the team, how has the team changed after that addition?
Jmvincento: “I would say that skill-wise TheBloodySky and Max are similar, but for the team, Max is a better fit. There were some different ideas about how to play the game with TheBloodySky and Mo13ei. And team-wise we had to be on the same page.
Max is more accepting and open to Mo13ei’s ideas about how to play the game. Max also fit perfectly within the team synergy-wise as he and Qupe had played together in previous stacks. This helped us a lot in terms of qualifying for division two.”

I’ve played Dota for like 15 or 16 years. I’ve also finished a master’s degree as a business engineer. It paid well but then Corona came in early 2020 and kinda ruined it."

Q: The game next week versus ITB might determine who goes to Division I next season. How are you preparing for the matchup?
Jmvincento: “Honestly, we didn’t prepare too much before the game versus EU Rejects. They had some roster changes, and we went into the game playing our own game. But for ITB we are taking them 100% seriously. As you said, it seems to be between us, ITB, and DGG for the Division 1 spot so we want to show our A-game versus them, we simply cannot lose to them. In terms of preparing, we are testing some heroes and just looking at their replays for how they play.”
Q: And lastly, are there any shoutouts you want to do?
Jmvincento: “Shoutout to Ivy, our organization, who pay us a salary even before we qualified to Division 2. Shoutout to all the sponsors, Logitech, Ority and strafejump. Huge shoutout to our manager for all the work he puts in. Shoutout to my teammates and everyone following, casting, and enjoying Dota 2, the greatest game of all time. And last a huge shoutout to my amazing girlfriend.”
You can find more exclusive Dota 2 interviews here at Esports.gg!