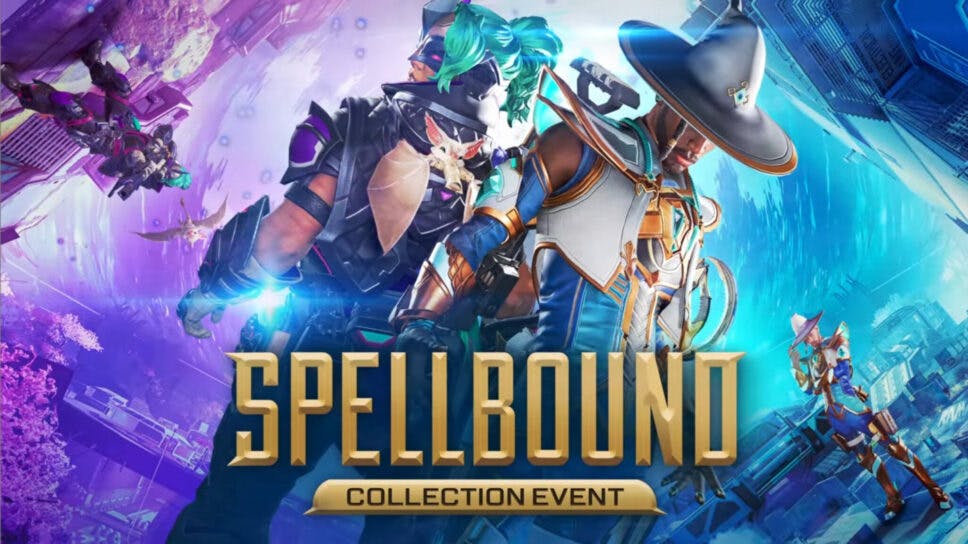 The Spellbound Collection Event is coming to Apex Legends

The brand-new Spellbound Collection Event is coming to Apex Legends on Jan. 10, bringing with it enchanting new skins and Seer’s Heirloom.

All about the Spellbound Collection Event

Apex Legends announced its upcoming event! The Spellbound Collection Event features skins for Vantage, Fuse, Mirage, and Seer. Returning with the event will be the Limited-Time Mode (LTM) Control, last seen during week three of last year’s Fight or Fright Halloween event. The new event will begin on Jan. 10 and run until Jan. 20.

Control is back, baby!

Ever since its debut in Season 12, Control has been a favorite event for fans. The LTM was available four times throughout 2022 and will be available next week to kick off the new year. The nine-versus-nine mode will rotate three maps: Barometer (Storm Point), Lava Siphon (World’s Edge), and Hammond Labs (Olympus). However, the LTM has some small changes. To encourage matchmaking balance, “join in” bonuses have been improved so that players joining in progress matches will skip the first spawn wave, spawn with purple armor and helmets, and will have fully loaded out purple weapons with their Ultimate charged when they enter.

The Spellbound Collection Event will feature 24 new cosmetics such as skins, charms, and holosprays. The four main Legends for this event will be Vantage, Fuse, Mirage, and Seer. These four will get matching gun skins, banner poses, and banner frames.
It seems that each Legend will be bringing their own style to the magical theme, with Seer sporting an adorable wizard hat and Fuse bringing his normal explosive tendencies to the outfit. Other notable skins seen in the trailer include Horizon in a stunning Scarlet Witch-inspired skin and Crypto in a corresponding Doctor Strange-inspired skin.

Rewards that will sure charm you

As with past events, the Spellbound Collection Event comes with a reward tracker with free prizes. These goodies include a spellbook charm, a Lifeline skin, an EVA-8 skin, and a Prowler skin.

Seer has skipped the line with his brand-new Heirloom. The twin handheld blades are called the Showstoppers, tying into Seer’s performance-based background. The Heirloom is gold and silver with Seer’s drones dotted along the center, which add a little extra flashiness to the Heirloom's animations.
That’s all the news about this event! For even more Apex Legends news and updates on future events, check out Esports.gg!