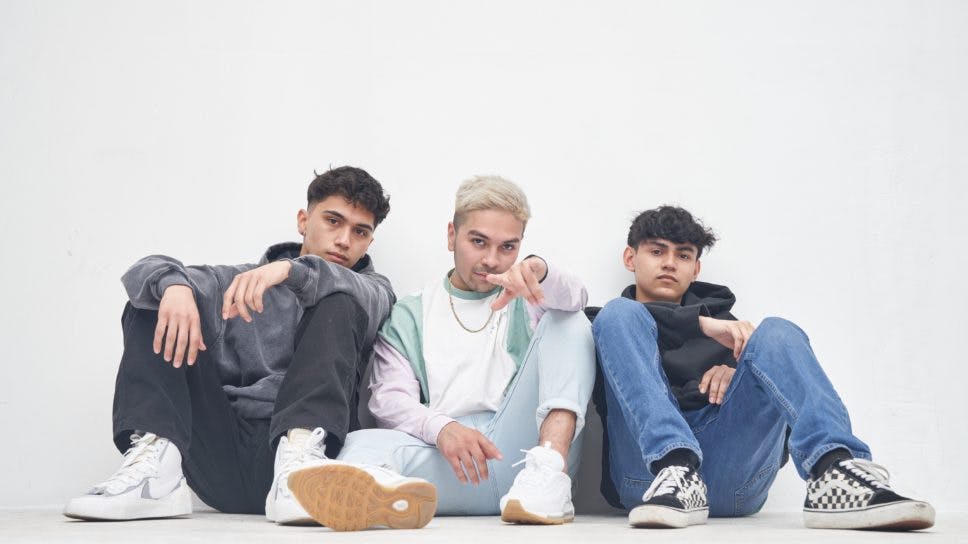 The Baka bros meteoric rise to stardom is rooted in their authentic friendship.

The Baka Bros are best known for their Warzone streams, but the content creation trio have become more than creators. From competing to vlogging the Baka Bros have been on the rise in 2021.
A Warzone content creation trio, the Baka Bros (DiazBiffle, LuckyChamu, and Repullze) have been successful as Twitch streamers and competitors this past year. With a combined $200K+ in prize money, the trio (especially Diaz) has been thrilling to watch in Warzone tournaments, and entertaining when they are creating YouTube videos or Tiktoks.

Baka Bros are all About Family

After losing his job to COVID-19, Lucky Chamu decided to dive in deeper into streaming on Twitch. Not originally a big Warzone player, Lucky was invited to compete in a WZ tournament with his good friends Hector "Repullze" Torres and Diaz Biffle. The trio had great chemistry and from there the Baka Bros were born.
When you hear phrases like, "we are family" or, "family is everything" you are probably groaning at an image of Dom Toretto from the Fast and Furious franchise. But when Lucky or Repullze talk about their friendship you can see it is genuine.
The trio only recently met in person for the first time, and to them it was a dream come true Playing and streaming together during quarantine, the Baka Bros were limited in how they could create compelling content. Repullze never imagined that he would become a full time streamer/content creator.

"Streaming was an accident. I didn't mean to stream I didn't want to stream."

Hector "Repullze" Torres
Repullze always pushed his longtime duo Diaz Biffle to stream because of his skill at Call of Duty: Warzone, but Diaz refused. Eventually Repullze decided to stream his POV while he played with the "cracked" Diaz emulating Twitch streamers they looked up to.
This worked out well and adding the chaotic positive energy of Lucky has only pushed the trio into new territory. The Baka Bros have focused on feeding off of each other's energy. While Diaz has gained a great reputation for his skill, Lucky and Repullze have become known for their big personalities. The dynamic is a winning formula that has led to the trio's rapid growth the past year.
Every Twitch streamer has something that makes them unique. Streamers like xQc and tyler1 rely on over the top reactions and tailored toxicity while others like Nick Eh 30 and Dr. Lupo tend to highlight positivity. The brothers feel that their unique selling point is all tied into their authentic friendship with each other.

Watching a Baka Bros stream and you will know right away what "authenticity" means. From the constant upbeat energy to the story driven chat interactions, every Twitch stream is a living testament to why thousands of people tune in every night.
Watching a Twitch stream, YouTube video, or TikTok all replicate the same energy the brothers have become known for, and for them there is no secret to share. Some of their inspirations are Twitch streamers NICKMERCS and lyric, but the five year friendship has been a, "big blessing" to Repullze.
Content creation is the foundation for the Baka Bros, but competition is always welcome. Warzone has always had a variety of community run tournaments, but in June the World Series of Warzone kicked off. Warzone tournaments are usually based on who can rack up the most kills in a game, but the World Series is different.
Similar to Fortnite esports, the World Series brings custom game BR action to a game that is surprisingly fun to spectate as an esport. In the World Series first event Lucky and Repullze came in second place after six games against stiff competition.
Even though it is fun for the duo to compete, balancing interacting with chat and competing is extremely difficult. When they compete the stream's "fun factor" tends to take a hit which is why Repullze and Lucky prefer cheering on others as they compete.

"I think if Warzone takes the Fortnite route it will be a lot of fun to compete in. We don't play a lot of tournaments, but when we do we want to finish in first every single time."

Lucky
Whether Warzone takes off as an esport or not, the brand for the Baka Bros is bigger than that.

Being friends and Twitch streamers has been exciting, but both Repullze and Lucky imagine themselves as something more than streamers. Being a content creator in 2021 has become a profession to aspire to like YouTubers were in the 2010s.
Kids growing up playing and watching games like Warzone look up to content creators as role models and inspirations. Reading through the YouTube comment section on any Lucky upload would have anyone emotional as the impact his content has had on his audience is overwhelming.
Settling for his current status is seemingly not enough for Lucky or Repullze. The goal for Repullze is to grow the team and "change the game" about how people view content creators.

"As far fetched as it sounds, I want us to be able to play video games one day and then the next day go and be in a commercial and act. The next day produce music or whatever it may be. I want to be a personality that entertains."

Hector "Repullze" Torres
Looking to content like the SIDEMEN, Repullze wants to change the mold for what "video gamers" can be. Branching off into avenues outside of gaming can be difficult, but lucrative as we have seen gaming personalities become household names. Whether it was the rise of Tyler "Ninja" Blevins into a household name because of Twitch or Kyle "Bugha" Giersdorf's competitive career, gaming has become a new vehicle into mainstream stardom for aspiring content creators.
Whether the Baka Bros "make it" into Hollywood and the mainstream conscious or not seems irrelevant at this point. To them, making a living and rising together is the goal and so far they've accomplished it. Despite their non-gaming goals, the Bros are excited to play new titles this fall.
Halo: Infinite's fall launch will be monitored closely as the bros love to diversify their content. Are you a fan of the Baka Bros or looking to start a streaming career? Ask us on Twitter @esports if you want to learn more about being a full time content creator.
For all things streaming keep it locked to Esports.gg.