The latest Rainbow Six Siege update brings significant changes to the way ranks work in Ubisoft’s FPS game. The latest update splits MMR into Skill and Rank. Skill will be a hidden value used for matchmaking. Meanwhile, Rank will be used for progression through the competitive ladder. Here's all we learned from the Rainbow Six Siege Y7S4 patch notes.

What is skill in Rainbow Six siege?

Skill represents a hidden value that is available to Rainbow Six Siege and is used for progression through matchmaking. Skill has two components - uncertainty and confidence. The more games on one's account, the lesser the uncertainty. As the system gains more information about your playstyle and your skill level, it can confidently place you closer to your correct skill group.
Despite the new update, players’ skill values have not changed. Their skill levels will change depending on the outcome of the subsequent matches. The skill level of opponents plays a crucial role in a player’s skill level. If a player loses to lower-skilled opponents, his skill level will drop significantly.

What is Rank in Rainbow Six siege?

Meanwhile, Rainbow Six Siege ranks will update after every match. Players can see their rank points change depending on the outcome of the match.
The amount of RP that you win or lose after each match will be proportional to the difference between your Skill and your Rank.
Ubisoft is also introducing a new rank - Emerald. Emerald is a rank between Platinum and Diamond.
When you win enough matches, you will advance to the next division. Each division comprises of 100 RP.

Rainbow Six Siege skill will not reset after every season 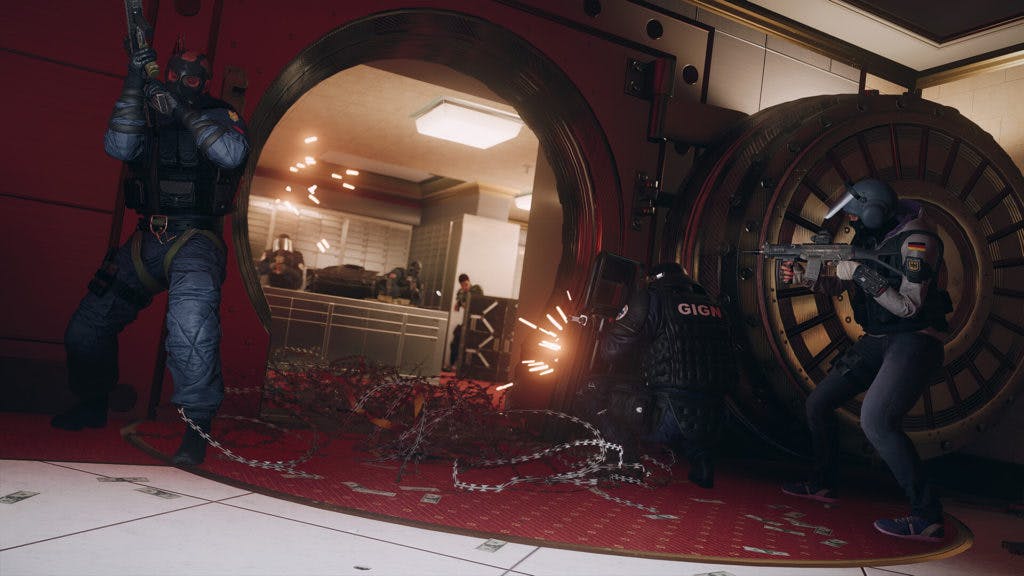 Ubisoft also revealed they are removing placement matches. The reason for this is that Rainbow Six Siege account skill will no longer reset with every season.

Placement matches were not working as intended in the previous versions of Ranked, resetting the skill forced us to have a system in place to try to guess your real skill before starting your Ranked journey but they were too inaccurate for that purpose as the system didn’t have time to have a correct guess.

Rainbow Six Siege patch notes Y7S4
The new system would also idelly work against smurfs - basically players who make new accounts and play these placement matches. With the absence of placement matches, a player will have to earn their way through the rank system.
However, ranks will reset at the start of every season - Everybody will be placed in Copper 5 and will have to move up from there.

Squad MMR Restriction was a necessary evil that we had to put in place to prevent some exploits in the system, but we know the importance of being able to play Rainbow Six: Siege with your friends. The separation between Skill and Rank now allows us to have different measures running on the backend to prevent those exploits without compromising your ability to play with your friends.

Rainbow Six Siege patch notes Y7S4
Previously, Ubisoft had imposed squad MMR restrictions, which were necessary to prevent very high-ranked accounts to play with lower-ranked accounts. This would often create an imbalance situation for other lower-ranked opponents. With the new system and the difference between skill and rank, players can now party together with their friends.
So what does this mean for Rainbow Six Siege players? At the start of every season, players will see significant changes to their ranks. But as their rank points get closer to their skill points, the changes will be smaller and smaller.
Stay tuned to esports for the latest Rainbow Six Siege news and updates.