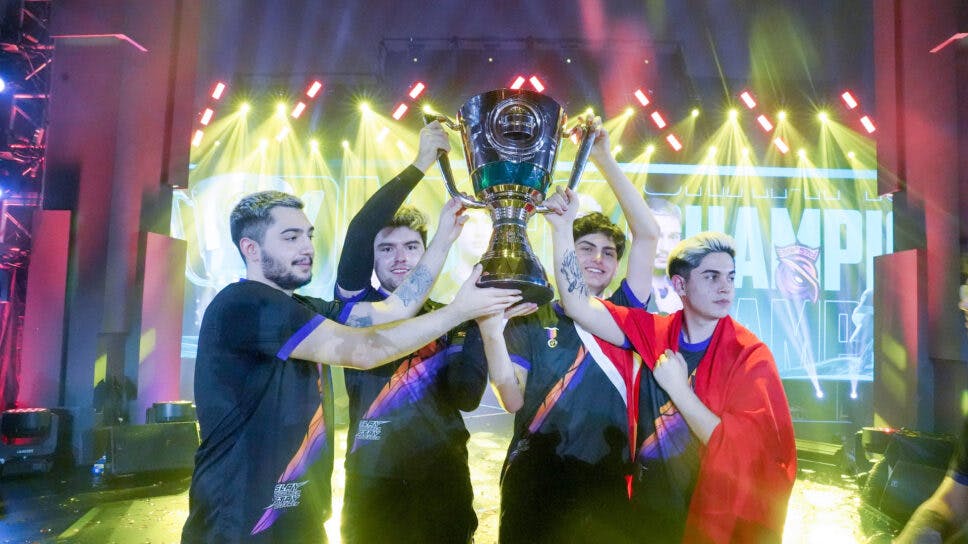 The PMGC 2022 peaked at more than 850,000 viewers which is almost double than the last international event for PUBG Mobile. Here are the reasons behind its growth.

The PUBG Mobile Global Championship (PMGC) 2022 has ended with a grand LAN event in Jakarta, Indonesia, from Jan. 6 to 8. Over 50 teams competed in the PMGC in this edition and after over a month of intense action, Turkey’s S2G Esports emerged as the champions.
The PMGC 2022 was a grand event. The league stage took place in Malaysia while the finals happened at the Jakarta International Expo in front of a live audience. PUBG Mobile is one of the most global of all esports titles in the world and the PMGC 2022 was an indication of just how global that was. With over 50 teams competing from every corner of the world, the tournament achieved a peak viewership of 851,780, per Esports Charts.
While this is an impressive number, it’s in no way close to the 3.8 million viewers achieved in the PMGC 2020. Esports.gg takes a look at the viewership of the PMGC 2022, the reason behind the numbers observed on stream, and what this means for the future of the game. Esports Charts doesn't track viewership from China. Thus, the numbers in this article are for all regions outside of the Asian country.

PUBG Mobile Esports to follow new points system in 2023: What does it mean?

The new year for PUBG Mobile esports in 2023 has ushered in a new points system. But what does it mean for the teams?

PMGC 2022 viewership: Far from the 2020 peak but still a very positive YoY increase

The PMGC 2020 Finals is one of the most-watched esports events in history with a peak of 3.8 million viewers, according to Esports Charts. However, this number was achieved mainly because the stream was shown in-game.
During the finals, Tencent added an in-game prompt that opened the live stream on NimoTV to allow players to watch the stream. This was the primary reason behind the number. The peak viewership stands at about 1.4 million on removing the NimoTV viewers. This number is also about 64 percent more than the PMGC 2022 Finals.

The next two international events for PUBG Mobile after the PMGC 2022 also reported a dramatic fall in viewers. The PMGC 2021 and the PMWI 2022 achieved peak viewerships of 640,000 and 421,000, respectively.
Many esports titles, however, have reported a viewership fall as the world returns to normalcy after a devastating pandemic that kept people locked inside their homes. For PUBG Mobile, however, the PMGC was an event of reckoning to see if the esports audience was dying out or whether the number would stabilize.
Contrary to both, the viewership increased which is a very positive sign for the game as it heads into 2023. What makes this increase even more exciting is that it was achieved despite the lack of Indian teams, which was one of the driving forces of viewership at the PMGC 2021.

Reasons behind the increase in viewership

There are three main reasons behind the increase in viewership. These are as follows:

1. Indonesian team in the PMGC Finals

The PMGC 2021 Finals was the first international event for PUBG Mobile which didn’t see the inclusion of an Indonesian team in the finals. The Indonesian teams couldn’t make it past the league stage.
Tencent’s decision to host the PMGC 2022 in Indonesia ensured that one slot was guaranteed for the home team – which went to Alter Ego. While the team finished a lowly 14th, it was enough to drive the Indonesian stream viewers from 35,000 in 2021 to 241,000 in the PMGC 2022 Finals.

The PMGC 2022 Finals was the first complete LAN event since the Global Championship was launched in 2020. The COVID-19 pandemic disrupted the first two editions. The presence of a live audience and the grand stage presented a much better viewing experience for fans.
Additionally, Tencent hosted live performances with Indonesian actress Aghniny Haque, “Be the One” show, and also made several announcements like the 2023 plans along with the unveiling of the Bruce Lee collaboration.
All of these contributed to the hype surrounding the event and brought up the viewership numbers.

3. Turkey and Nepal play their part

SEA and Chinese teams have dominated PUBG Mobile esports since its inception. The PMGC 2022 edition provided a breath of fresh air with no team in the top five belonging to either region.
The tournament was won by Turkey’s S2G while Nepal’s DRS Gaming came in second place. Both teams put up spectacular performances which drove viewership in their languages.
The PMGC 2021 Nepali stream peaked at 22,408 viewers. In the PMGC 2022 Finals, on the other hand, this stood at 125,592 as players from the country rallied behind to support DRS Gaming. It was a historical second place for the team and a big deal for the region. The players also received a grand welcome when they landed back in Nepal. 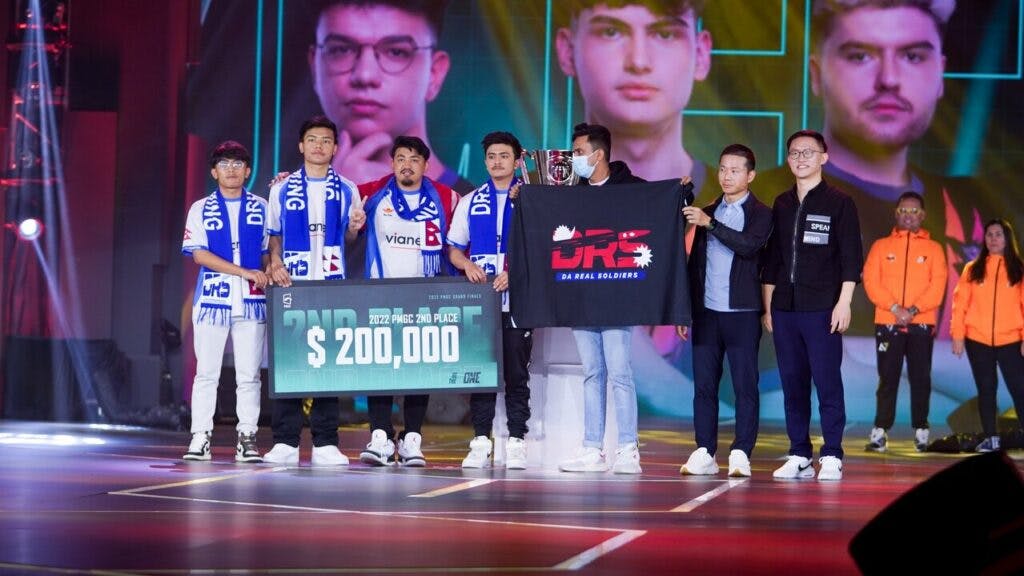 Similarly, the Turkish stream went from 22,408 to 146,191 as S2G Esports lifted the trophy to become the world champions.
The team will now defend their trophy at home as Tencent has announced that the PMGC 2023 will take place in Turkey.
Stay tuned to Esports.gg for the latest mobile gaming news and updates.