The long anticipated Constructed Hearthstone Patch 25.2.2 balance changes have been teased on Twitter. We’ll be covering the most exciting updates.

On Thursday the Hearthstone team will release its first balance patch of 2023. Hearthstone patch 25.2.2 is coming in with a lot of anticipation, as did the teaser for the patch itself.
The teaser announced on Twitter includes buffs for sixteen different cards, and nerfs for seven outliers in Constructed power levels. Additional changes will be introduced to the new Undead minion type for Battlegrounds, which esports.gg has already covered!

With 23 cards for Constructed Hearthstone being revised tomorrow, the Constructed metagame should change significantly. Here's what you need to know about what to expect in patch notes tomorrow.
The big change is with the seven cards that will be nerfed, and then the sixteen that will be buffed.
Before changes were announced, Vicious Syndicate data reported that Demon-Hunter and Rogue were the only classes reporting an over ten percent play rate at the top Legend ranks; leading to many players feeling frustrated at the lack of diversity.

VS Data Reaper - Jan.19 2023
As a result, it comes as no surprise that these would be the two classes most negatively impacted by the upcoming changes to constructed this Thursday. The additional reductions are likely an attempt to try to increase the relevance of board focused strategies: Glacial Advance and Shockspitter both allow their respective classes to deal major damage without developing any minions, and Astalor Bloodsworn can deal up to 16 damage by himself if played on Turn 10.

What could the nerfs be?

What nerfs could be coming? The following is pure conjecture, but here's what we potentially see as nerfs that may be coming:
The theme surrounding all of the above changes is to slow the pace of the cards down, or otherwise provide more interactivity against them. Cards such as Shockspitter and Sinstone Graveyard have already been nerfed previously, so the dev team will take a lighter hand when it comes to the nerf bat.
It is possible however they take a stronger line against Demon-Hunter and Rogue. Alternative balance changes include cutting off the interaction between Wildpaw Gnoll and Maestra of the Masquerade as some players have suggested on Twitter:

The sixteen cards that will be buffed in the next set

Evaluating possible changes for each of these cards would take a much lengthier time than the nerfs. We anticipate most of these will be revolved around a similar concept to before: Rebalancing the meta to have board battles be more of a focus than the last two months have been going into the mini-set to be announced soon.
Warrior in particular has been in a rut for several months now, so it isn't too shocking that it would be receiving a third of the buffs from the new patch. The main one of which being a likely reversion of Nellie, the Great Thresher to give the pirates a reduced mana cost as it was when originally printed. 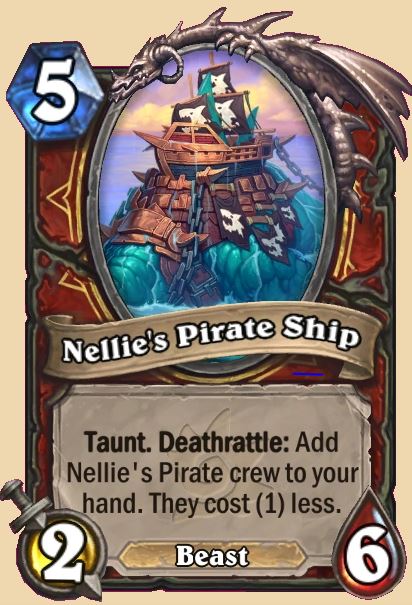 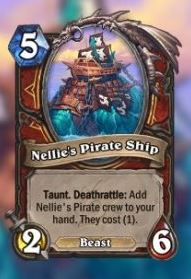 These updates will significantly change the constructed meta, but if you are looking for additional content regarding Heroic Brawls or the Battlegrounds Update, we have already posted about that several days ago.
Be sure to check back here over the coming few weeks as we cover some of the best decks coming out of the new meta that you can use to get that 12-win run in Heroic Tavern Brawl and snag yourself 50 card packs!
Follow esports.gg for all of your Hearthstone news coverage and we'll see you back in the Tavern!

Oliver Barnett
Contributor
My name is Oliver "Paraducks" Barnett: a semi-professional Hearthstone Player, Caster and Data Analyst from the United Kingdom. In my Eight Years of competing in Hearthstone Esports I have qualified to over ten different Masters Tour events, won the UK National Championship twice as well as being the second highest cash prize earner for Hearthstone from the UK in 2020. I look forward to providing you with expert tips and tricks to help you reach the pinnacle of Hearthstone Gameplay!