The adorable little beans are back! After months-long of a stagnant player base, Fall Guys decided to switch its game to free-to-play (f2p) and introduce the game to more platforms. This turns out to be the ultimate game-changer as it immediately skyrocketed to the top of Twitch.

Any Twitch regulars would remember the Fall Guys fever that rained on the platform two years ago. The battle royale developed by Mediatonic became a beacon of entertainment in the midst of the pandemic in 2020, but it gradually lost its hype. In early 2022, it hovered at around 6k to 8k average monthly players on Steam.

On June 21, 2022, Mediatonic decided to launch Fall Guys Free to Play and introduce the game to Xbox and Nintendo Switch. This caused a massive spike in its player base and it even celebrated a 50 million players milestone just recently. Alongside the surge of players, it also found an equivalent level of rising on Twitch.

Fall Guys celebrates 50 million players after switching to free-to-play in only 2 weeks!

Only two weeks after the big change, Fall Guys rises to the top of Twitch once again. According to Streams Charts, it was the 5th most-watched category on Twitch (28.35 million Hours Watched) from 21 June to 05 July. The game even made it ahead of big titles like CSGO, Apex Legends, and Fortnite. 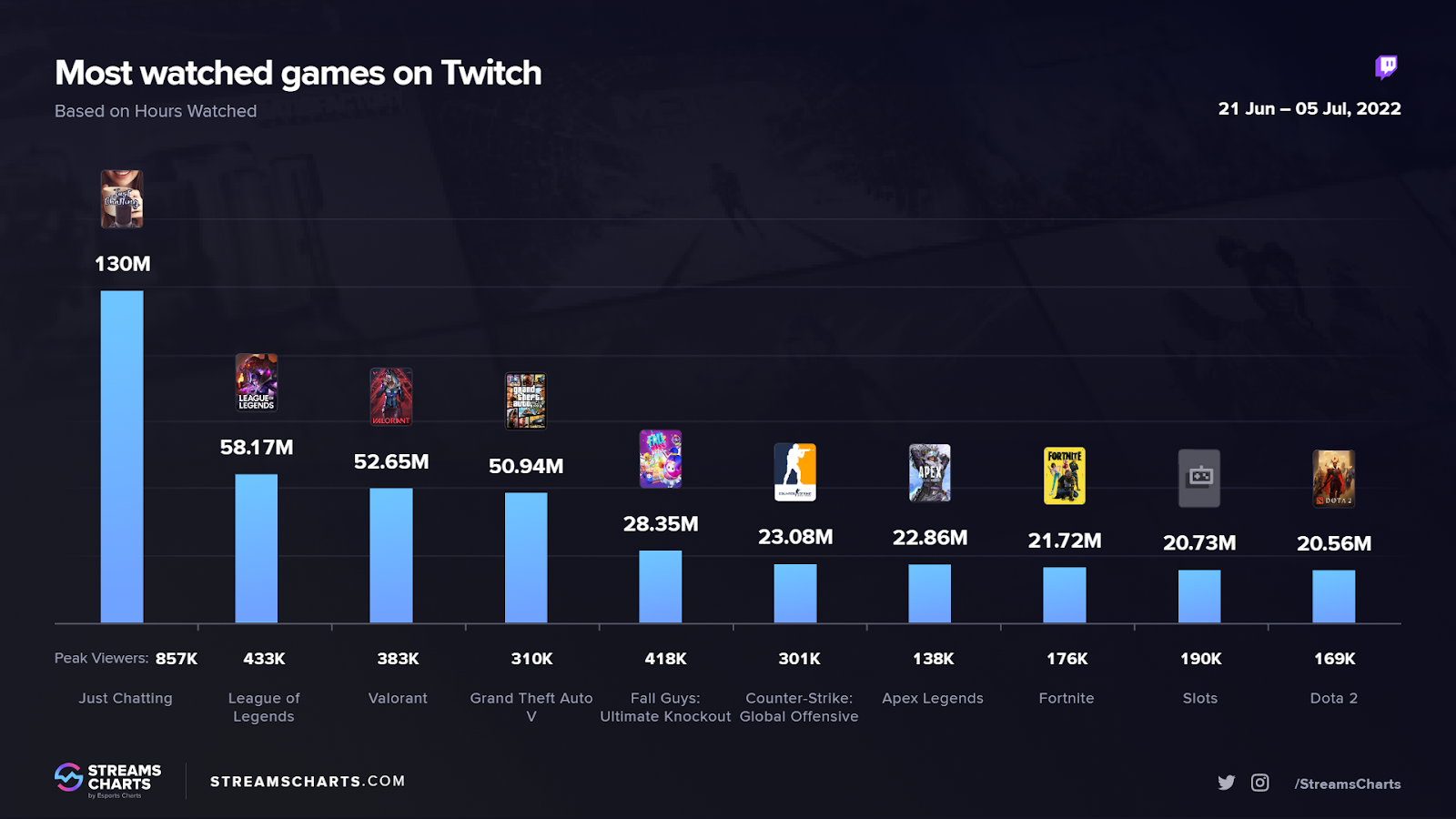 Fall Guys’ growth on Twitch after f2p launch include:

The game has yet to reach the all-time milestone that it achieved during its peak in 2020. Nevertheless, it has only been two weeks since its f2p debut. We have yet to see if it can cross its record of 708,865 Peak Viewers or if its hype falters.

A week after the f2p launch, Twitch Rivals presented a couple of Fall Guys show tournaments for North America, Brazil, and Europe. These tournaments featured top content creators that helped increase the game’s exposure tremendously. Popular streamer, Amar, also organized an invitational for the game which helped grow its viewership. Here is a quick summary of the Twitch Rivals Fall Guys viewership across all three regions as well as the Amar Bruch Invitational.

Fall Guys is still on a roll with consistent high viewership now. To see more stats for Fall Guys on Twitch, you can go to Streams Charts.

Stay tuned to Esports.gg for more gaming news and updates!