Thunder Predator and NEON esports’ underdog story has come to an end at the ONE Esports Singapore Major 2021. Team Secret and Invictus Gaming will face each other in the lower bracket round 4 match.

The ONE Esports Singapore Major day 4 playoffs started with two lower-bracket games. NEON Esports went up against Team Secret while Thunder Predator faced off against Invictus Gaming. The underdog story at the Singapore Major, has, unfortunately come to an end. Dota 2 fans were witness to some exciting gameplay and a slight change in the meta by Thunder Predator and NEON Esports.

Team Secret was the overwhelming favorite to crush NEON Esports. But NEON’s performance yesterday raised quite a few eyebrows. The Southeast Asian team defeated Vici Gaming yesterday to qualify for this match.
Secret started the first game with a Bristleback pick. Without many break abilities and a late Spirit Vessel, NEON had no answers for Lasse Aukusti "MATUMBAMAN" Urpalainen’s Bristleback and he scaled extremely well into the late game. With a Flickr as a neutral item, there was very little NEON esports could do versus Bristleback. But NEON Esports did bring the game back in their favor towards the end. However, with no buyback on Yopaj’s Puck, they could not defend the base versus a Bristleback with an Aegis. Team Secret won Game 1 and it looked like a very one-sided game.
The second game kicked off with Erin Jasper "Yopaj" Ferrer on the Batrider and the stand-in Deth playing the Leshrac. Team Secret started off strong, but once NEON esports got its important mid-game items, the momentum started shifting in their favor.
Yopaj had 100% kill participation in Game 3 of the series on his Windranger. The player went mid with the hero and was active throughout the map. However, Secret players’ individual skill was on display in this game as they took advantage of any opening they could find.

Invictus Gaming picked up the IO early into Game 1’s draft. However, the team stumbled on its own pick as it chose to play the IO as a position 4 hero. The support hero provided very little in team fights and the lack of damage and control hurt the Chinese team. Invictus Gaming topped the Chinese Dota Pro Circuit region but has so far struggled at the Major. On the other hand, Thunder Predator has had a dream run at the Major. The team went 12-2 in the group stage. The South American roster quickly capitalized on the IG draft’s weakness and secured Game 1. 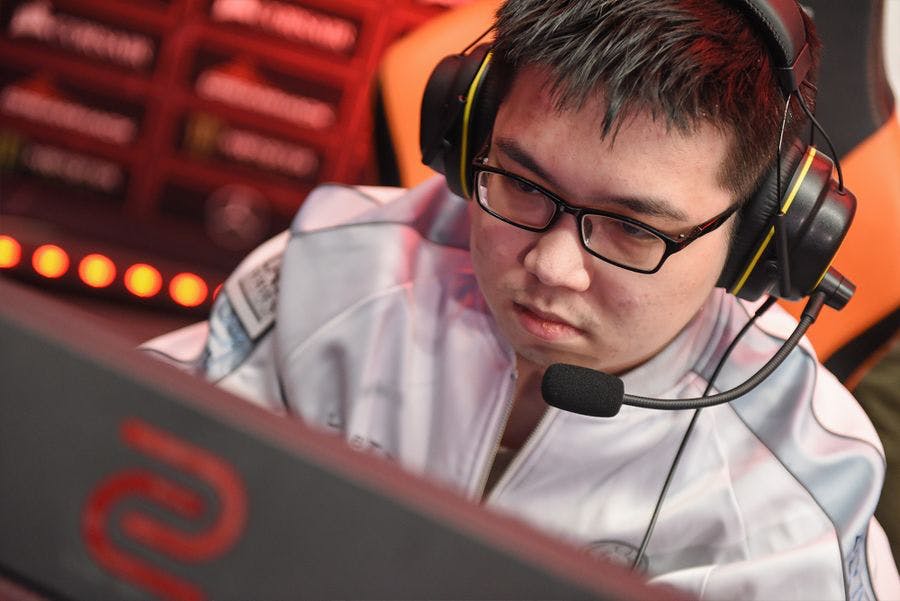 Emo dominated Game 2 on his Puck. Image Credit: DreamLeague via Liquipedia.
Invictus Gaming was back to top form in Game 2. Zhou "Emo" Yi’s Puck was nearly unkillable while his opposite number, Leonardo "LeoStyle-" Sifuentes was very squishy on Nature’s Prophet. The Thunder Predator heroes needed multiple tiers of items to be competitive versus Invictus Gaming, but they could never find the space to farm these items. IG won Game 2 and tied the series at 1-1.
Emo played the Storm Spirit in game 3 and there was no chance for Thunder Predator to counter his early Orchid. The hero has an aggressive playstyle and Emo played it to near perfect. Invictus Gaming took an aggressive approach to game 3. The team had Kunkka, Phoenix and Troll which made for some excellent team fight. Thunder Predator's Frank "Frank" Arias had a poor performance on Pangolier. IG slowly but surely built on its lead and survived the Thunder Predator scare.
Team Secret will play Invictus Gaming later today and the winner of that series secures a top three placement at the ONE Esports Singapore Major.
Stay tuned to esports.gg for the latest Dota 2 news and updates.