Cloud 9 may be eyeing a franchise spot for CDL 2022 Season. What are the implications?

Cloud 9 teased Call of Duty fans about possibly joining the CDL, but will it actually happen? We talk through the possible scenarios.

Cloud 9 released a tweet on Monday, featuring former member Havok, possibly hinting at the team’s return to Call of Duty for the CDL 2022 Season.

The Cloud 9 Twitter account posted a cryptic tweet early Monday morning. The attached image showed former C9 Call of Duty member Havok. While the tweet itself didn’t say a ton, it sure started a discussion on the future of C9 and COD.
Many comments were speculating on how C9 would actually join the CDL. Whether it could be via expansion, or buying a current franchise, the rumours amongst fans have begun. In response to the CDL Intel account, Cloud 9 twitter said “Expect the unexpected”. This is certainly adding to the fire they have started with COD fans.
Cloud 9 was a part of the Call of Duty World League during the Black Ops 3 and Infinite Warfare seasons. While they didn't see a lot of success in the win column, they did have some big players and moments during their time. 17-time event winner, Aches, led the way for the majority of those two years. Cloud 9's biggest highlight in COD came on the biggest stage at COD Champs 2016. It is known as one of the greatest moments in COD history.

What this could mean for the CDL 2022 season

There is now one question if Cloud 9 is seriously considering a CDL spot. Will it be the purchase of a current franchise? Or will it be the start of an expansion for the twelve-team league? If C9 will be looking to buy a current spot, there are a few obvious choices. Paris, Seattle and Florida are the most likely to be purchased.
Paris would highlight these options. It is public knowledge that Paris ownership has lacked funds and ambition for their CDL teams over the past two years. A prime example would be not announcing their roster months into the off-season, and finally doing so just weeks before the beginning of the season.
Seattle could be another team in line for a potential takeover. They also haven’t really been able to keep up financially to put together a strong team. There were rumors that this was related to Karma’s retirement, because they could not afford his hefty salary.
Florida would realistically be the only other viable option, although the least likely. Their unexpected event wins in Modern Warfare really helped stabilize the Mutineers’ camp. Although they didn’t see very much this season, their middle of the pack placings should convince the current ownership to stick around.

Other off-season notes around the league

The Seattle Surge have released their entire roster, including head coach Nubzy, following an abysmal season. This marks the second consecutive season they have released four roster players. They will be looking to add an entire lineup for the CDL 2022 Season.
Following that news, 8-year pro Daniel “Loony” Loza. announced his retirement from competing. Loony was best known for his very consistent gameplay with an SMG over the years. He is most notable for his tenure on Rise Nation, winning eight tournaments during his career. He will be seeking a coaching role for the CDL 2022 season. 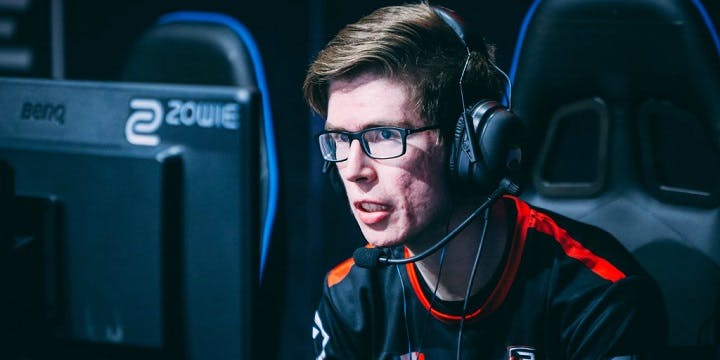 While there has not been a lot of movement since the finale of champs, there are still questions being made about some teams. With Cloud 9 potentially in the mix to buy in, things could get very hectic in the coming weeks.

Zarin Bartholomew
Contributor | Twitter @ZaarinCOD
Born in Toronto, Canada, I started writing in Esports when I was 16, covering multiple Call of Duty teams and events in the CWL. That kickstarted my true passion for both journalism and esports as a whole. I have also expanded my horizons, getting into commentating over the last year