Who is the best Legend in Apex Legends?

Have you ever wondered who the best Legend is in Apex Legends? Well we have your answer! Join us and find out who’s the best!

With the ever growing roster of playable Legends in the Apex games, the question each season arises. Who is the best Legend? Well the answer isn't so black and white. Each Legend fulfills a niche, which can be grouped into two categories: Offense and Defense. Every Legend can either accomplish one of these roles well, a combination of the two or something a little more niche. So, rather than just naming one "best" Legend, here are three best Legends from both an offensive and defensive standpoint.

The best offensive Legends in Apex

Legends that tend to dominate lobbies are those that excel at offense. The most common example of this is Wraith. In fact, her entire reputation as Wraith in Apex is built on her crushing lobbies by herself. She had a reputation of being the best Legend in Apex due to her popularity with players. But as of late in higher level lobbies, she's gotten some new rivals.

Valkyrie, the queen of the skies

A high pick rate doesn't cut it anymore. Octane may be the most picked legend at the moment, but his pure offensive kit can only carry him so far. Valkyrie is the queen of the skies and has a lot more to offer by comparison. With her kit allowing for both offense and repositioning, she outclasses most fragger type Legends. Her VTOL Jets allows a wide variety of movement options, while her missile swarm is great for forcing enemies out of position. On top of that, Valkyrie's Ultimate ability is one of the best abilities in the game. Essentially, the ability is a portable jump tower that can be used for both initiating and escaping situations.

The best Legend for fraggers, Horizon

In terms of a pure offensive legend to stomp your pubs, Horizon is your best bet. The combination of both movement and team fight that her kit offers puts her leagues ahead of the rest. With her passive ability to not take fall impact, Horizon has one of the highest skill ceilings with regards to movement. Coupled with a potent team fighting tool, there's a reason it is terrifying to see a good Horizon player in your lobby.

The king of wallhacks, Seer

Then there is Seer, who is the best "wallhack" Legend in Apex. All three of his abilities contribute to this. Despite not being as popular as Bloodhound, Seer outclasses him as Seer can provide constant tracking of enemies in a fight. While Bloodhound is limited by his cooldowns. The developers still haven't found a viable way to nerf the character. Which has made the community not a big fan of Seer with new threads weekly about how strong the Legend is.

The best defensive Legends in Apex

On the flip side of offensive Legends are of course, defensive legends. These legends either protect your teammates or shield the area around them, or a combination of both. For example, Wattson, Rampart and Caustic are all skilled at bunkering down areas. On the other hand, Gibraltar or Lifeline are excellent choices for protecting your teammates from damage.

Defining the best defensive Legend of Apex is pretty difficult as it really depends on what kind of playstyle fits you best. Wattson and Caustic are two sides of the same defensive Legend coin. As both are excellent at "bunkering down" areas, or in other words, they can secure a location. Wattson, the more defensive of the two has been rising in popularity for her combination with Newcastle. Her Pylon can not only restore shields, but also counter all ordinances, including Gibraltar's ultimate. 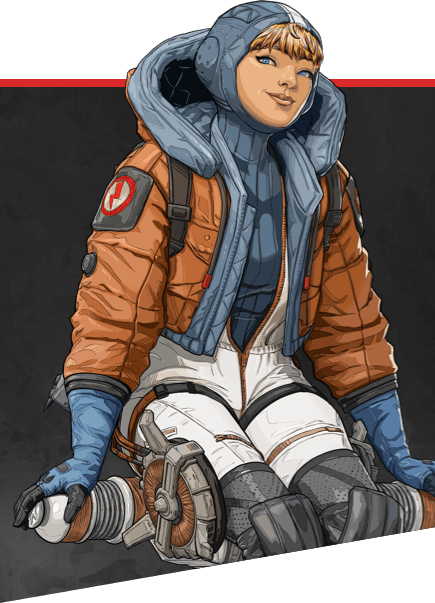 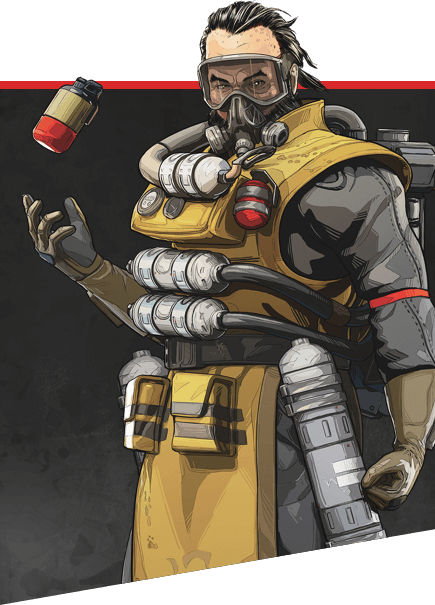 On the other hand, Caustic is the more offensive of the two. The gas traps that Caustic uses can not only secure buildings like Wattson, but they can be used to flush enemies out of their hiding spots. Caustic has become notorious late game as well, as fighting through the damage and blinding effects of his gas is an arduous task.

The king of cover, Gibraltar

Other defensive legends like Gibraltar or Newcastle can provide much needed cover and damage in trades. But, the king that combines both of these aspects is none other than Gibraltar. The Legend encompasses both offensive capabilities with his ultimate and one of the finest defensive abilities in the game. He is one of the most valuable Legends to have in the late game. With the large area of effect damage that his ultimate can provide in a small area like the final circle as well as provide a safe haven with his bubble.
Although the Legends previously mentioned are some of the most skilled at what they do there are other options. Currently, there are a total of 23 legends in the game and plenty more to come. At the end of the day, although some Legends are more popular than others, play the legend you enjoy playing the most, as that's how you'll enjoy the Apex games the most.
For more info on Apex Legends be sure to stick around with esports.gg.