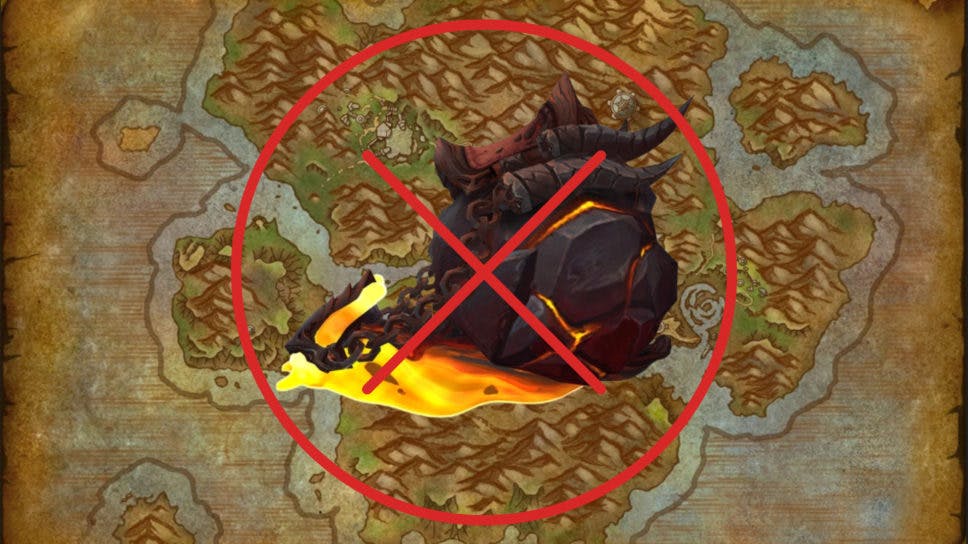 The WoW Dragonflight Obsidian Citadel rep grind is a haul for anyone that wants a fun snail mount, so did Blizzard make it just that much harder?

No reputation grind in WoW: Dragonflight competes with the overwhelming monotony of the Obsidian Citadel rep grind found in the new expansion's first zone, the Waking Shores. For those not in the know: A reputation grind involves increasing your XP with specific in-game factions for the purposes of unlocking rewards. This also typically means doing the same task over and over...and over. And over.
And the Obsidian Citadel rep grind is certainly no different, requiring players to kill mass amounts of elite-level mobs in a single area--over and over and over--for pieces of keys that can, in turn, be turned in for reputation XP and rewards.
It's bad. However, one small move made the first week of grinding the Sabellian and Wrathion reputation a bit better in the form of a trick called hyperfarming. The technique involves killing mobs in an area so fast that the game registers your group as being in a high traffic area, thus requiring the need for the spawn timer to increase. More mobs mean more item drops, so on and so forth. This is also how players rushed to max level at the launch of Dragonflight.
And then, apparently, Blizzard caught wind of the trick and applied a hot fix.

As with most things in World of Warcraft controversies, a lot of the anger boils down to haves and have-nots. The change was found out late on a Monday night, long after the launch of the expansion and over the first weekend. This gave power gamers desperate to get a leg up on loot ilvl the chance to grind the Citadel. Why? Sitting at the end of the rep grind is two ilvl 380+ epic pieces of armor: The Obsidian Collar and Obsidian Cape. 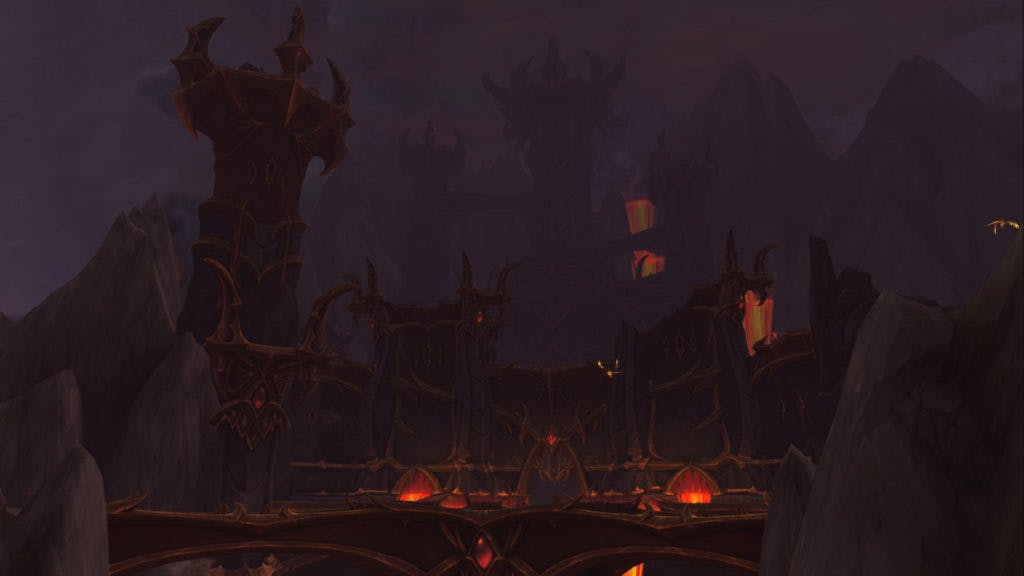 The Obsidian Citadel.
This now much more difficult grind feels further out of reach to the average player, with many commenting their ire on WoW watering holes such as WoWHead and Reddit. "This grind will take months now. It was already horrible, to begin with… sigh," said one commenter. Another pointed out "Nerfing rep farms after hundreds got their 389/398 rings/neck over the weekend is a very bad decision and a recipe for frustration."
Haves and have-nots.

Let them have snails

There's one other reason to get salty about this change in how fast the mobs spawn. A secret, third reputation grind exists out in the Obsidian Citadel via the Worldbreakers. These black dragonflight outcasts are a temporary faction grind that is only discoverable by starting the quest The Shadow of his Wings in the Waking Shores, at waypoint 39.45 48.33. Doing so will unlock an NPC turn-in for Restored Obsidian Keys that players can typically collect for Wrathion or Sebellian. 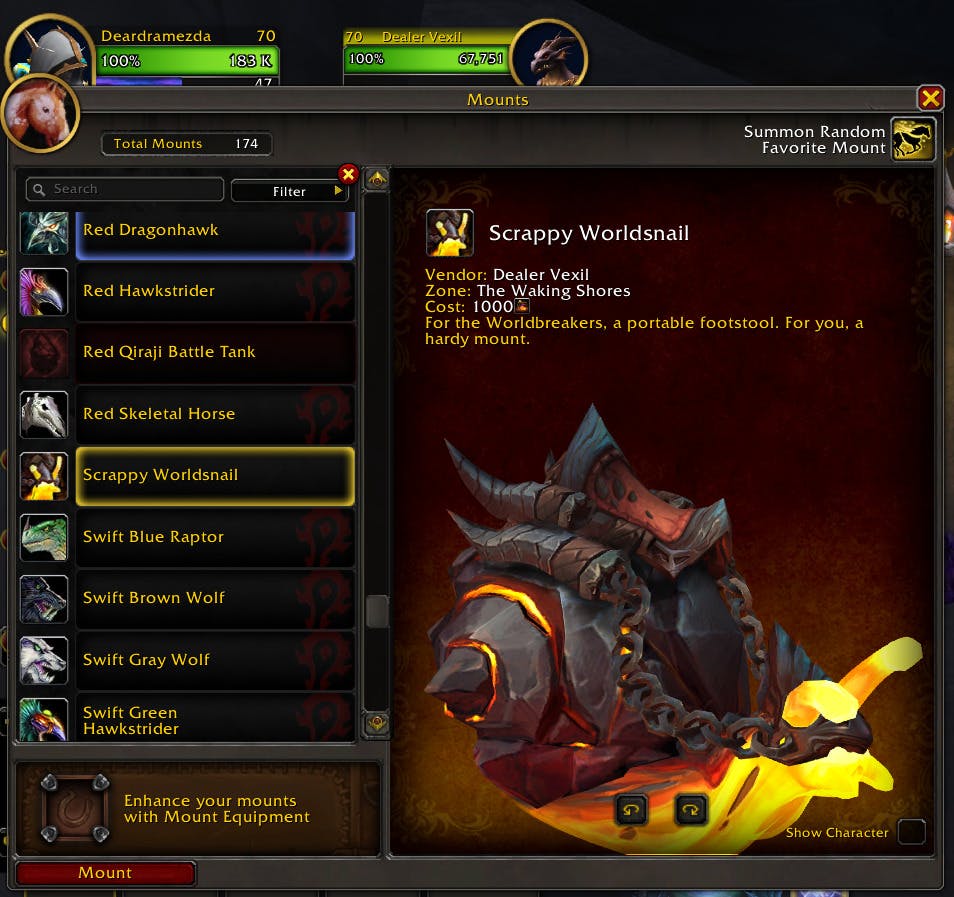 The snail in question.
In turn, players get chests that contain the chance at an item that temporarily admits players as a member of the Worldbreakers. Once you're in, those elite mobs over in the Citadel will now also drop a farmable item called Magmotes. Only collectible while a Worldbreaker, 1000 of these motes can be turned in for the Scrappy Worldsnail. Yes, this is all a lot. Hence the frustration with Dragonflight's Obsidian rep grind.
But, good luck with all that, as the drop chances of Magmotes drop anywhere from 0 to 8 per mob. Short story: It can take a while. Maybe even nine hours of grinding mobs if you're some certain esports.gg writer who shall remain nameless.

This is all to say that the grind for the snail mount is now just that much more difficult, raising a question as to the fairness of unexplained changes via hotfix. Thus far Blizzard hasn't supplied direct comment or a blue post on the matter. However, if this many fans feel like they missed out on their chance to reasonably complete a difficult farm job then maybe it's worth an official response.
If there's an update to the Obsidian rep grind event or on everyone's favorite scrappy snail then esports.gg will have it.

Will Harrison
Editor | Twitter @Hammer_Barn
Will has over a decade of print and digital journalism experience, with bylines in Polygon, The Escapist, The Toledo Blade, The Austin American-Statesman, and more. He's also the host of the World of Warcraft lore podcast Essence of Azeroth, loves Murlocs just a bit too much, and owns too many cats.