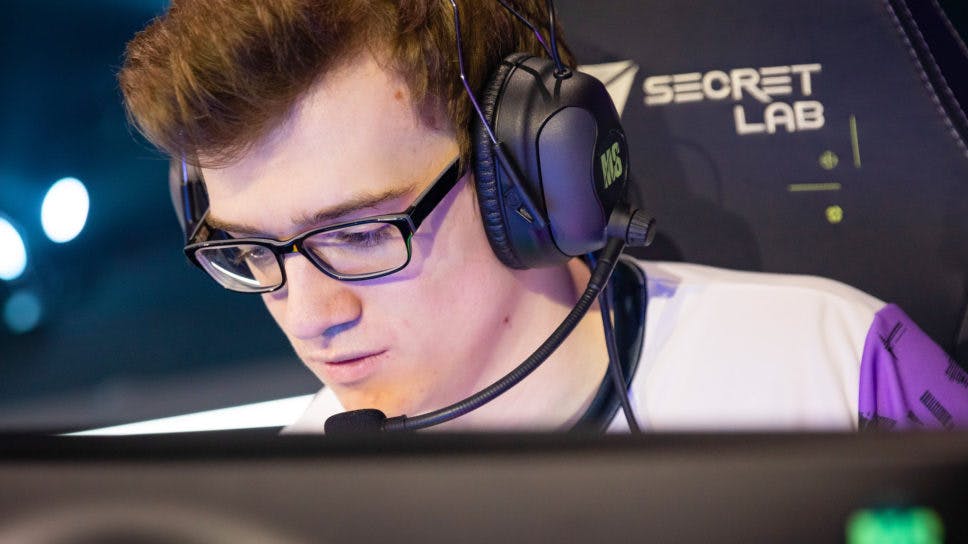 Version1 Zellsis: “This team has more potential than the Iceland roster”

The hype surrounding Version1 is starting to form around the same foundation that made it to the Semi Finals at Reykjavik. The addition of Alexander "Zander" Dituri to the already talented roster has elevated the level of play and Zellsis believes the team has a lot more to offer.
Version1 is now at the top of Group B with a 2-0 score. The team defeated Pittsburgh Knights last week and now Rise, both the games with a dominant 2-0 scoreline. While its easy to say Version1 is one of the best teams in the region, they will face their toughest challenge in the upcoming weeks. Zellsis believes of the remaining teams, NRG is their toughest opponent as the team has shown significant improvements in form and skill over the past few weeks.

"Zander was like a really good addition. He's still really young and kind of calm in a lot of different scenarios. I think he adds a little bit more firepower than we had before but we have more potential with this roster than the Iceland roster"

Zellsis
One of the biggest changes for Version1 was the addition of Alexander "Zander" Dituri to the squad from SoaR gaming. The new IGL, along with the team's new coach, have been crucial for the players' current dominant form.
Zellsis is in the top five of six stat categories at the end of Week 2 in VCT NA. While he has been popping off on the servers, the rest of the squad also continues to put up big numbers.

I think we are giving more power to our coach, Immi. he is directing us in the way that we need to be playing. I think he is the biggest change that we have with our recent form.

Zellsis on the team's recent form.

After dismantling a Rise team coming off a win over heavy favorite Optic Gaming, Version1 put themselves in a nice position for advancing into playoffs. Winning by a combined round score of 26-12, the round difference was the biggest at VCT North America.
On Fracture, Version1 imposed their will on the attack side. Running predictable site hits through A Halls and rarely switching up the early round looks but winning every duel. Version1 had the clear advantage in game plan and better lineups for Fracture and Breeze. Rise floating Fracture was the mistake that gave V1 the major advantage.
Zellsis credited his coach Ian "Immi" Harding for getting this team back to Iceland form. "We're giving more power to our coach. I think he's directing us in a way that we need to be playing."
Moving forward, Version1 has Sentinels, NRG, and Pittsburgh Knights left on the schedule. The recent form has impressed, but with the 2-0 Sentinels on the horizon they'll need to find even a higher level. However, Zellsis doesn't see Sentinels as the biggest threat in the group.

Version1 plays NRG next week on February 27th at 7PM ET. The top two teams from VCT Stage 1 Challengers NA will qualify to the Stage 1 Masters.

Valorant Masters will return to Iceland for Stage One, Stage two expanded to 16 teams

The first edition of the Valorant Champions Tour Masters will be in Iceland, seated in Reykjavik once more.

Stay tuned to esports.gg for the latest Valorant news and updates.

Blake Van Poucke
Contributor | Twitter @TokyoDown
Blake Van Poucke is a Valorant writer at esports.gg. He found esports through the early days of MLG and the Super Smash Bros Melee scene. He's been competing and writing about esports dating back to 2008. He has written for several publications and wishes to return to in-person esports events in 2022