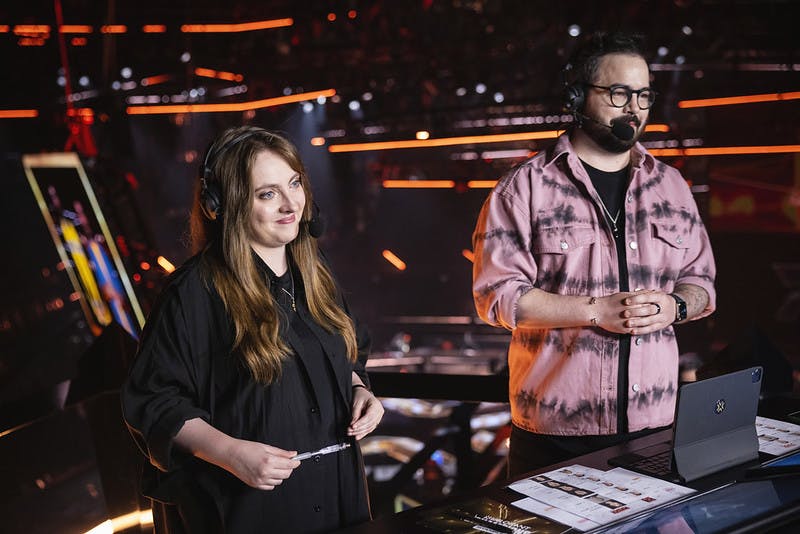 The iconic Valorant, PUBG, and Counter-Strike caster, Lauren “Pansy” Scott, wins her first play-by-play caster of the year at the 2022 Esports Awards.

Pansy’s legacy as a play-by-play caster is cemented in the minds of every first-person shooter fan involved in esports. Her reach spans many years, audiences, and many different games, culminating in her award-winning work on the VCT in 2022. It’s unprecedented to have fans willing to watch a new game solely for a caster, but Pansy has that power.

Pansy the 2022 Play-by-Play Caster of the Year

In classic Pansy fashion, she’s direct and to the point in her acceptance speech, not mincing words. She’s grateful, compassionate, and self-aware enough to make a quick, endearing speech and get out. The same wit and charm we hear from her casting, she presents here. Coupled with her analytical mind, this is the reason she's the voice behind all the hugely important esports moments.

"I'm going to keep it short and sweet. See you at the bar."

pansy acceptance speech
And, she beat out some fierce competition. First, she dethroned the 2021 winner in Call of Duty star Miles Ross. Moreover, CS: GO casting legend, Alex ‘Machine’ Richardson, was usurped as the voice of the tactical FPS genre by losing to Valorant’s Pansy. Nonetheless, it was a phenomenal year of play-by-play from the casters in the industry. Casters being a subsect of the industry booming with talent, all developing their own unique voices.
Without a doubt, Pansy’s voice is chief among them as her work in the VCT earned her a career-first Esports Award win. It was a long time coming for Pansy being a journeyman caster. Taking the less prolific jobs for smaller events. Starting with Counter-Strike and working her way through the FPS gauntlet. Always working, always improving her craft. Putting time and effort into all facets of the job did not go unnoticed by fans or the industry.

The voice of Valorant

It should be noted, when given the right opportunity from Riot Games, alongside color commentator Michael "hypoc" Robins, Pansy became the voice of a burgeoning esport, Valorant, during the 2022 VCT season. She entrances audiences with a ravishing display of game sense and the ability to match the intensity of the moment. The way she recontextualizes situations distills down complex strategies to be easily understood. 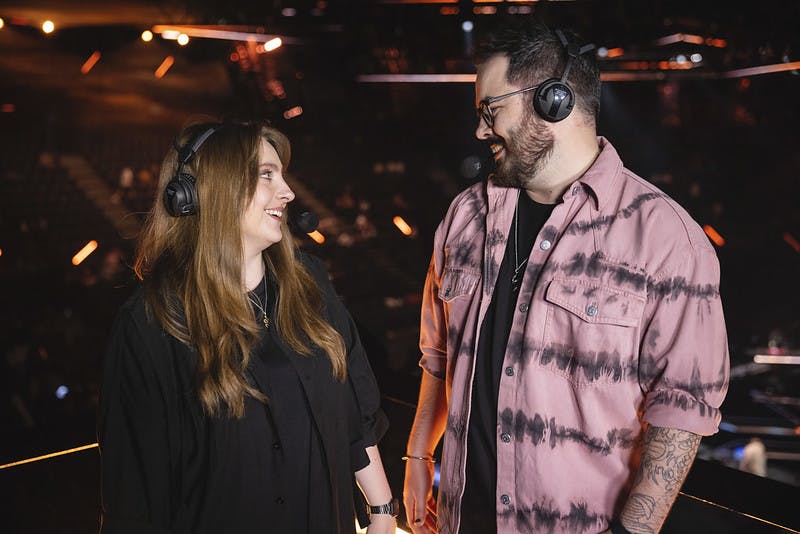 Who did Pansy beat for Esports Play-by-Play Caster of the Year?

The rest of the nominees include:
As a result, Pansy now has the hardware to back up the work, proving her tenacity and style has a place in esports. In a male-dominated industry, she has become an increasingly important voice. And, that's not only as a female caster, but as one of the most purely talented broadcasters in the business. From esports to professional sports broadcasting, she has become a rarified talent and now an award-winning one too.
Stay tuned to Esports for the latest Esports Awards news and updates.

Blake Van Poucke
Contributor | Twitter @TokyoDown
Blake Van Poucke is a Valorant writer at esports.gg. He found esports through the early days of MLG and the Super Smash Bros Melee scene. He's been competing and writing about esports dating back to 2008. He has written for several publications and wishes to return to in-person esports events in 2022