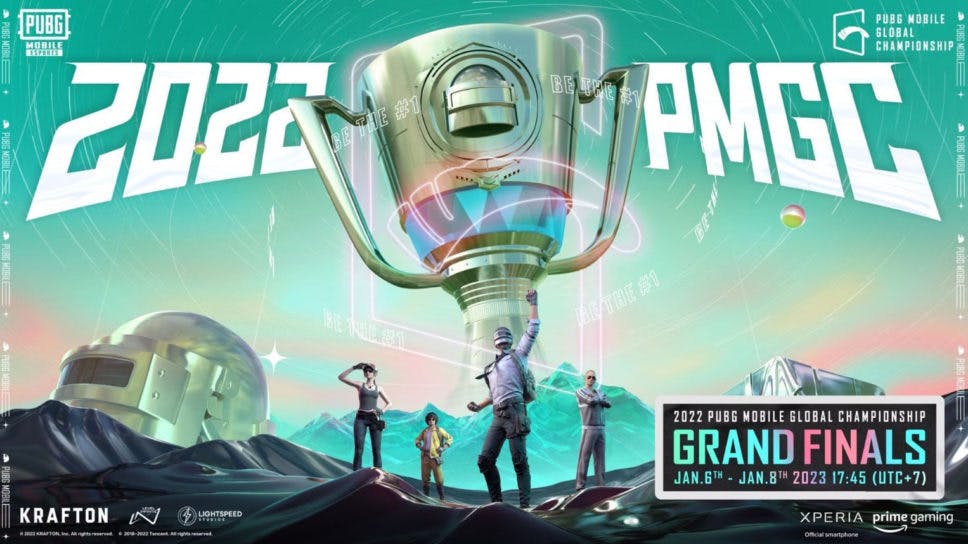 PMGC 2022 Grand Finals: All teams qualified and ones to look out for

Join us as we break down the PMGC 2022 Grand Finals teams ahead of the competition.

The PUBG Mobile Global Championship (PMGC) 2022 is well underway with as many as 50 teams from around the world competing for a shot at the trophy and a share of the $4 million prize pool.
For 2022, Tencent has adopted a new and unique format for the PMGC. The league stage has been split into a Group Stage, Survival Stage, and the Last Chance Qualifier. This format ensured high octane action for the entire league stage. The league stage happened from Nov. 10 to Dec. 4 as an offline event in Malaysia.
The PMGC 2022 Grand Finals, on the other hand, will take place in Jakarta, Indonesia from Jan. 6 to 8 in front of a live audience. Ticket sales are currently live.

PMGC Grand Finals: Who are the qualified teams?

The qualified teams from the Group Stage are as follows:
Five more slots were decided based on the results of the PMGC League Stage Last Chance Qualifier, which took place on Dec. 3 and 4.
Lastly, Alter Ego LIMAX and Team SMG have received a direct invite to the PMGC 2022 Grand Finals. While Team SMG been invited for being the champion of China’s Peacekeeper Elite League (PEL), Alter Ego Limax are the home team.

What is the format?

The 16 teams will be competing for the title of world champions at the PMGC 2022 and the lion’s share of the $4 million prize pool. To determine the champions, the teams will be playing 18 matches (six matches per day).
Fans can tune into the competition on the PUBG Mobile Esports YouTube channel.

The obvious favorite to take the crown (again) in 2022 are Nova Esports. The team has undoubtedly been the most dominant one in the history of PUBG Mobile esports.
Nova are a two-time PUBG Mobile world champion having won the crown in 2020 as well as 2021. Coming into the tournament as the defending champions, their domination hasn’t slowed down and they look set to take home the crown again. Can the team make history again by becoming a three-time world champion?

Team SMG from China are another squad to look out for. While they haven’t been one to dominate locally, they put up a surprising and underdog performance in the PEL Summer Season Grand Finals to finish in first place, ahead of Nova Esports. If they are able to show the same momentum in the Grand Finals, they could be on the way to become the world champion.
Stay tuned to Esports.gg for the latest mobile gaming news and updates.