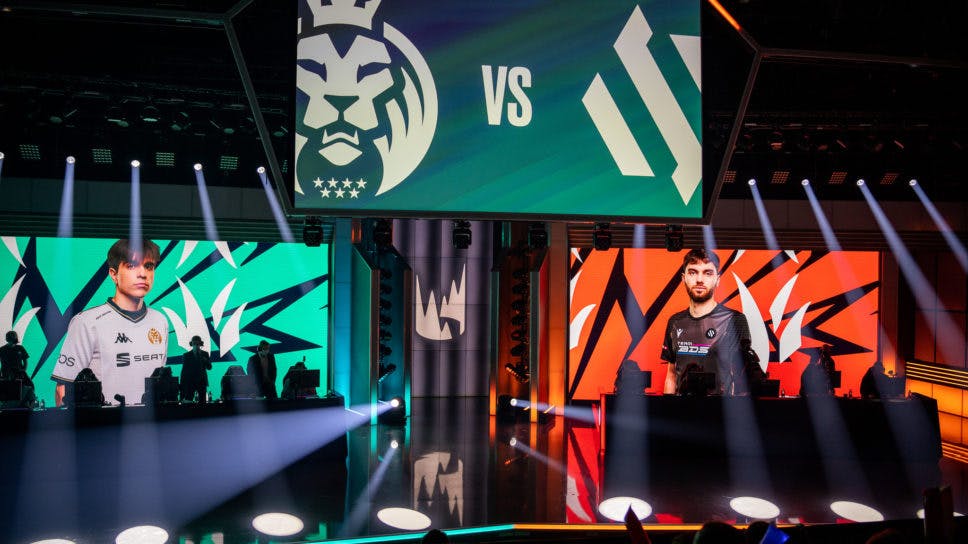 LEC Commissioner hints at format changes for the 2023 season, including the decrease of best-of-ones

Will European fans finally get their wish and see best-of-ones on the shelf?

The 2022 League of Legends European Championship season has just concluded, with Rogue finally obtaining the championship that has long alluded them. With Europe's elite jetting off to North America in the coming days, the people behind the scenes in the LEC are hard at work for next year's campaign.

In an interview with French outlet, L’Équipe, new LEC commissioner Maximilian Peter Schmidt confirmed there was a recent meeting with various LEC owners. In that meeting, changes to the LEC format were being considered with fewer best-of-ones to be played. The decrease in best-of-ones was put to a preference vote, but at this time there is no stamp of approval for the changes to commence.

“We always have to ask ourselves what we can do better with our partner teams, their staff and the players. Then you have to find a balance. Do we want to change the format? What will it look like if so? As with an expansion of the LEC, we will communicate about this in due course."

Maximilian Peter Schmidt on potential format changes in the LEC
While best-of-ones has its pros and cons, the general fan sentiment not only in Europe but in North America also is that best-of-ones need to go. An 18-match regular season has been the desired format in the LEC since the start of the franchised league in 2018.
The EU LCS did branch out with a variety of formats during its tenure, such as best-of-twos, the league split into two groups and so on. It will be interesting to see which direction Riot decides to go in for the 2023 LEC season.

“I have already explained that in my opinion, the expansion of the LEC is an inevitable thing." - Maximilian Peter Schmidt

With the popularity of many ERL (European Regional League) organizations, it will only be a matter of time before we see the expansion of more than ten teams in the LEC. This would mark the second major region to expand beyond the traditional ten teams. The LPL currently hosts 19 teams in its domestic league and there would be no surprise to see more teams added in the future.
With organizations such as KOI and Heretics acquiring slots and merging with Rogue respectively, fans are already getting a glance at what is to come in the future.
When asked about this in his interview, Maximilian Peter Schmidt admitted the expansion of Europe's premier League of Legends league is 'inevitable.

“I have already explained that in my opinion, the expansion of the LEC is an inevitable thing . But I don't know if it will happen in three, five, ten or twenty years… It depends on a lot of things, some of which we don't control. We are constantly evaluating the possibilities. And we need to work with our partner teams to make sure we make the best possible decision for the league together.”

Maximilian Peter Schmidt on the expansio of the LEC in the future
The 2022 League of Legends World Championship kicks off Thursday, September 29. Esports.gg will provide a live schedule for fans to follow.
Stay tuned to Esports.gg for the latest League of Legends news and updates.

Jordan Marney
Editor | Twitter @MarnMedia
Jordan "Marn" Marney is an esports journalist from across the pond. Marn specialises in telling stories about League of Legends and Call of Duty. Marn has been a passionate esports fan since 2014 and has written for publications Unikrn, Esports Network, ESTNN and The United Stand.