DWG Kia in Rumble Stage collect a very important win over the LEC representative Mad Lions and now sit tied for first with Royal Never Give Up. Both DWG Kia and Mad Lions are favorites to qualify with one of the top seeds in the MSI Bracket Stage. Prior to their first matchup, both teams […]

DWG Kia in Rumble Stage collect a very important win over the LEC representative Mad Lions and now sit tied for first with Royal Never Give Up.
Both DWG Kia and Mad Lions are favorites to qualify with one of the top seeds in the MSI Bracket Stage. Prior to their first matchup, both teams stand at 3-1, as both teams are doing their best to catch up to RNG. 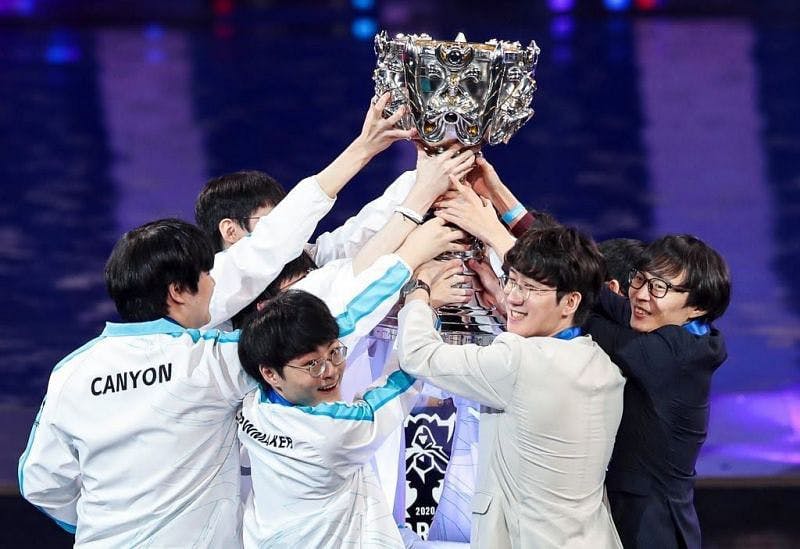 DWG KIA are the reigning world champions.
This game is very important for both teams competing. With both of them tied in the current RUmble Stage standings, a win is a better chance at first seed.
Given the current standings, it is very possible these two teams could be matched up in the Playoff Bracket. With RNG currently in first place.

This game is one of the least bloody of MSI so far. It ended at 31 minutes with only 13 kills on the board, the lowest kill count of the rumble stage. Despite the low kill count, it is a strong showing for DWG KIA. The korean side are beginning to show exactly why they are the pre-tournament favorites to win. The LCK representatives are able to quietly snowball dragon advantages and CS leads across the map.
Similar to DWG KIA’s international victories this year, jungler Canyon is a bright spot on a star-studded lineup. Drafting an early draft Morgana signifies the team’s want to play around their jungler. And in this game, he shows exactly how powerful and overpowering a fast clear jungler can be. Up against Elyoya’s Udyr, Canyon is able to garner a near 100-CS lead on the opposing jungler. This jungle difference carries forward throughout the game and is what ultimately leads to Mad’s demise. A crucial Black Shield from him decided the game’s final, dramatic teamfight. After the black shield, DWG KIA’s Ghost was protected from near death from a Nautilus hook.
Still, while a seemingly close game, DWG KIA’s victory is fairly well assured halfway through the game.

While Mad Lions were unable to beat DWG.KIA, they are still in a strong position to finish top 3 in the Rumble Stage. The LEC representatives are doing a good job at getting the wins they need in order to advance to the knockout stages. With Cloud9 currently at 1-5 and Pentanet.gg at 0-6, Mad Lions are comfortably in the 3rd-4th seed. 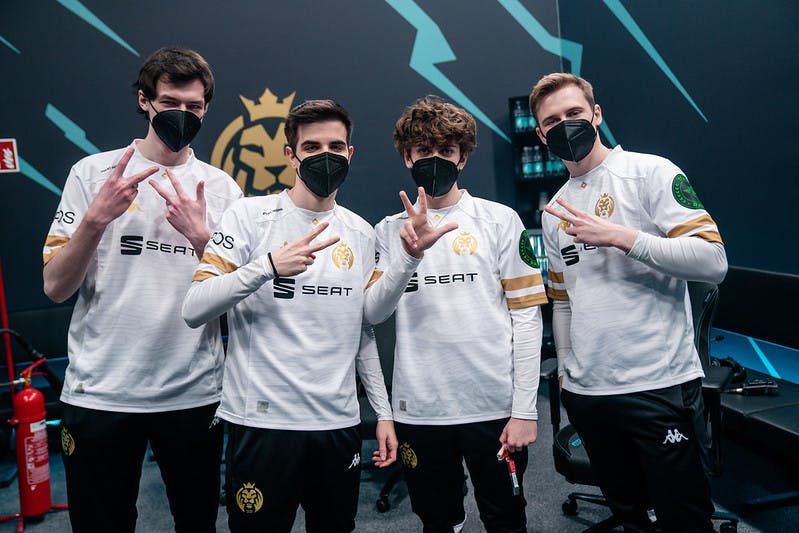 Mad Lions are the LEC representative at MSI 2021.
However, progressing past RNG and DWG.KIA will be a tougher task for the Mad Lions. The team will need to recalibrate after today’s games and collect wins off of the front-runners to move up in the standings.
Still, the standings are not yet set in stone. An upset from teams like PSG.Talon and Cloud9 are still variables that can impact the standings. It will be interesting to see how DWG.KIA and Mad Lions perform in the final 2 days of the Rumble Stage.
Update: Damwon Kia now find themselves in a tie for first place with Royal Never Give up. The LCK representative were able to pick up a win against Cloud9 to start their second round robin campaign.
Stay tuned to esports.gg for the latest League of Legends news as well as constant MSI updates.

Sage Datuin
Administrator, Editor, Author, Contributor, Subscriber, SEO Manager, SEO Editor | Twitter @sagedatuin
Sage been following esports since high school and has remained a massive fan ever since. When he's not working he likes to work out, knit and overthink things..