Hearthstone 22.0.2 Patch brings 14 nerfs and buffs as Holiday presents. Will this stop the OTK meta?

Hearthstone 22.0.2 Patch is live, bringing nerfs and buffs to 14 cards to stop the combo strategies that rule the metagame. Will the patch succeed this time?

Hearthstone 22.0.2 Patch will launch today, Monday 20th, and brings many nerfs and buffs to try to shake the metagame. After a World Championship with little to no new archetypes despite the recent Fractured in Alterac Valley expansion, Hearthstone devs are addressing the problem. Will this be enough to change the combo metagame we live in? On top of that, Battlegrounds and Mercenaries will also see changes. Check everything in this Esports.gg article.

The usual Hearthstone post-expansion Balance update is here with the 22.0.2 patch. Fractured in Alterac Valley’s expansion didn’t change the metagame enough if we take into consideration what were the most powerful decks and strategies centered around combo decks. Hearthstone devs commented on the objectives of 22.0.2 Patch:

“This patch is mainly focused on weakening some of the stronger, combo-centric strategies that have had long-term success throughout the Year of the Gryphon.”

Hearthstone devs comments on the 22.0.2 patch
The top 3 offenders of the metagame were Garrote Rogue, OTK Demon Hunter, and Alignment Druid. Some other decks and classes were toned down to keep balance. Moreover, some archetypes that were relegated regarding power level received buffs to catch up with the metagame.

Bellow, you can find the nerfed cards and the dev comments on the changes. 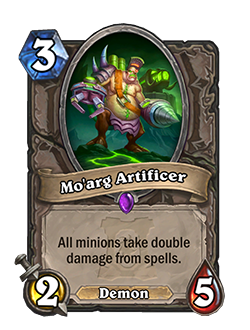 The Hearthstone Esports announcement is here. The end of Grandmasters, new Battlegrounds events, and an extended World Championship. Everything you need to know, as always, in EsportsGG!

Esports.gg talked to Abar about the big overhaul Hearthstone Esports are getting in 2022. Check his thoughts about the 2022 competitive scene in this exclusive interview.

As we mentioned before, on top of the nerfs, some other cards were balanced as well to make more strategies viable. Below, the buffs brought by the 22.0.2 Patch. 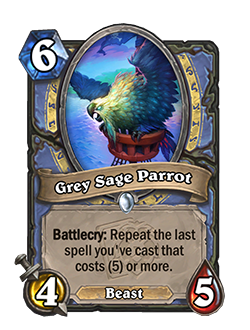 Along with the changes in constructed, the 22.0.2 Hearthstone patch, also brings some minor tweaks to the autobattler game mode. Following you will find the changes in Hero Powers, Minions, and Armor gain for this patch. 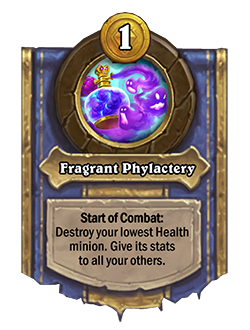 Posesi became the world champion after winning a Quest OTK Demon Hunter mirror match. He earned a score of 3-2 against his final opponent, who is also his friend and practice partner. Not to mention the reigning world champion.

The Hearthstone 22.0.2 patch also brings some minor updates to Mercenaries, Arena, and other bug fixes and game improvements. In Mercenaries, now all level 30 Bountines will award at least one pile of Legendary Coins. Regarding Arena, the public enemy #1, Abominable Lieutenant will no longer be draftable. Last but not least, with the 22.0.2 Hearthstone patch, the base versions Drek’Thar and Vanndar will be eligible for full dust refunds. A separate update later on patch day will grant additional Arcane Dust to players who already disenchanted either card.
Finally, Winter Veil returns with Snow-Covered Celebrations on the 21st of December with Legendary Quests, special Tavern Brawls, and free skins. Stay tuned to Esports.gg for more news and updates. See you next time in the tavern.