Blizzard released a message about the future of Hearthstone in China. In a video, Hearthstone executive producer Nathan Lyons-Smith talked about the upcoming suspension of the game's service in China, referring to the NetEase licensing deal. Read on for details.

"Please hang in there. We're exploring possibilities to bring the game back to you and the community."

"As a player, I can imagine how you felt with the news of our game's suspension," Lyons-Smith said in the video. The video was posted on Weibo, which is a social media platform.
He added that seeing players enjoy Hearthstone's updates and expansions is what motivates his team more than anything. "It is sad to think we will miss these moments after the upcoming service suspension in January," Lyons-Smith said.

Hearthstone executive producer Nathan Lyons-Smith talks about exploring possibilities. Screenshot via Weibo and Blizzard Entertainment.
"Please hang in there. We're exploring possibilities to bring the game back to you and the community," he said. Lyons-Smith then mentioned the new March of the Lich King expansion, Death Knight class, and free card packs from past expansions.
"Looking forward, as we've said before, all of us at Blizzard are committed to the Chinese player community, and the company is in the process of speaking to potential new publishing partners in China," he continued.

March of the Lich King key art. Image via Blizzard Entertainment.
He thanked the community for their dedication to Hearthstone, noting that his team wants to make the game the best it can be for players across the world.
"I look forward to when we can welcome you back home to the Tavern," Lyons-Smith concluded. 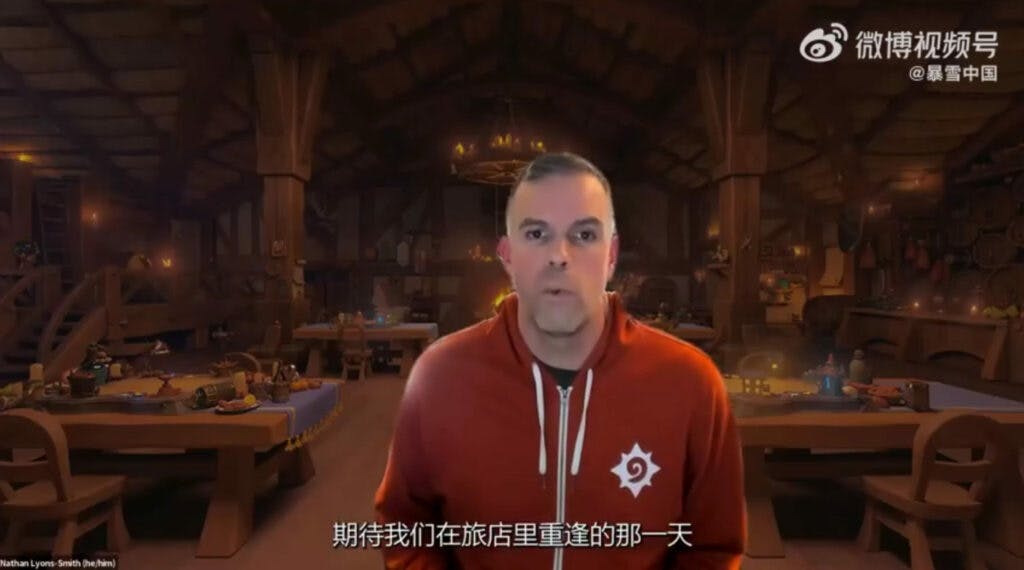 Nathan Lyons-Smith hopes to bring Hearthstone back to players in China one day. Screenshot via Weibo and Blizzard Entertainment.

Why is Blizzard leaving China? 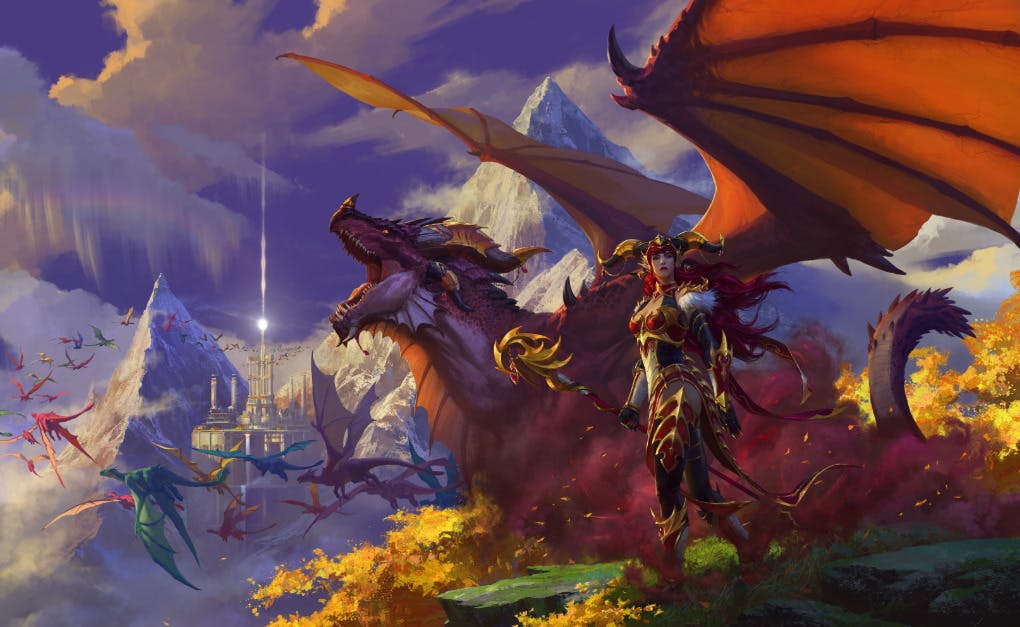 World of Warcraft Dragonfight key art. Image via Blizzard Entertainment.
William Ding, the CEO of NetEase, shared his thoughts on the matter. "We have put in a great deal of effort and tried with our utmost sincerity to negotiate with Activision Blizzard so that we could continue our collaboration and serve the many dedicated players in China," he said in the news release.
"However, there were material differences on key terms and we could not reach an agreement," Ding added. "We hold high regard in our product and operational standards and abide by our commitments to Chinese players."

Simon Zhu, the president of global investment and partnership at NetEase, expressed his thoughts on LinkedIn. He wrote about how heartbroken he is to no longer have access to his account and memories in World of Warcraft, StarCraft, and Overwatch in 2023.
Blizzard's president, Mike Ybarra, also shared his thoughts. “We’re immensely grateful for the passion our Chinese community has shown throughout the nearly 20 years we’ve been bringing our games to China through NetEase and other partners,” Ybarra said in a press release.
He added that Blizzard is looking for alternatives to bring back games to players in the future.