The Game Awards 2022 countdown and where to watch

Here’s a live countdown for the annual event, time zone converter and more.

The Game Awards 2022 are happening soon. Read on for the live countdown and where you can watch the event.

Countdown
Here is a live The Game Awards countdown. The annual event celebrates the best in gaming and features categories such as the Game of the Year, Best Score and Music, Most Anticipated Game and more. Below is the full list of the different categories. 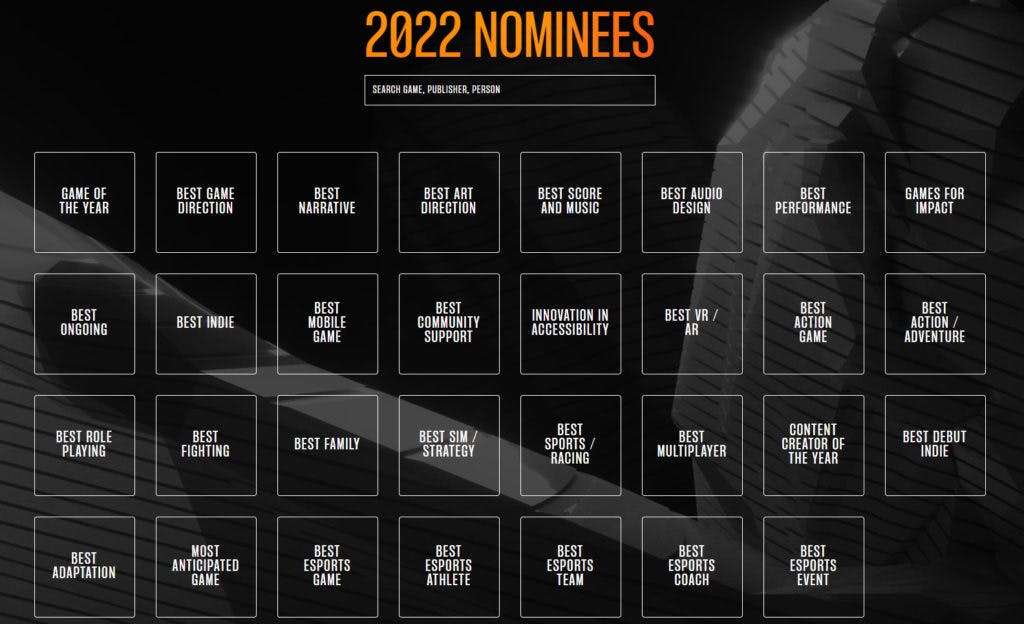 What time are The Game Awards?

Where to watch The Game Awards

The event will be livestreamed over on its official Twitch and YouTube channels. However, that's not all. Steam will also feature the event, and those who watch The Game Awards on Steam can enter a giveaway for a chance to win a Steam Deck. A Steam Deck is basically a portable device for PC gaming.
"In celebration of The Game Awards, Steam Deck now being in stock, and gaming in general, we will be giving away one 512GB Steam Deck every minute during the live airing of The Game Awards," Steam revealed.

The Game Awards will feature a Steam Deck giveaway. Image via Valve.

How to enter the Steam Deck giveaway

To enter the Steam Deck giveaway, simply head over to the official giveaway page and log in to your Steam account. Next, press the "Register" button on the page. Once you're registered, just watch the awards show through Steam on Dec. 8 starting at 5 p.m. PST. This is because the opening ceremony starts at 4:30 p.m. PST.
That’s all for now. Stay tuned on Esports.gg for more gaming news and updates!