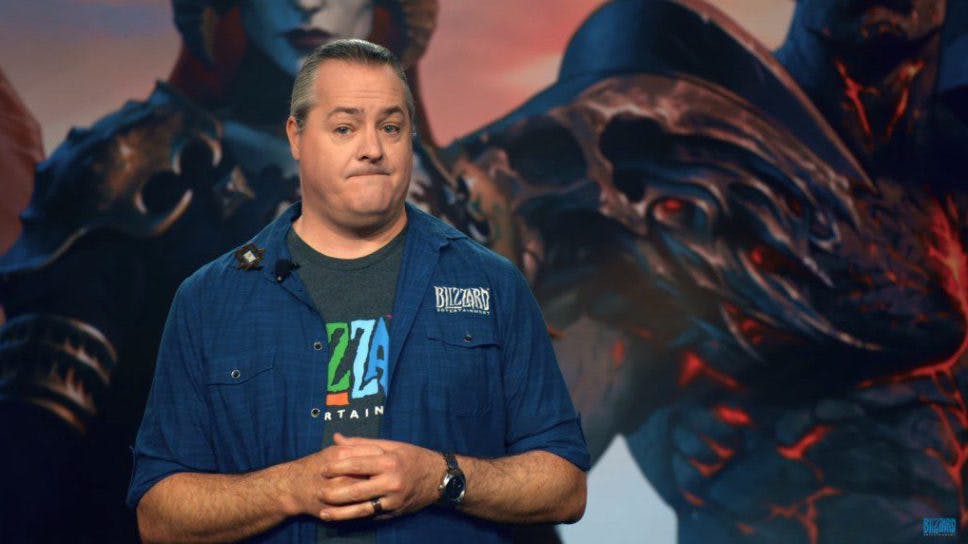 J. Allen Brack steps down as President of Activision Blizzard

The announcement follows a California lawsuit against the company. Brack has been with the Blizzard for more than 15 years.

J. Allen Brack is stepping down from his position as the President of Activision Blizzard. Brack’s departure comes after the California Department of Fair Employment and Housing filed a lawsuit against the games company. The lawsuit followed a two-year-long investigation and mentions the rampant sexual harassment, equal pay violations as well as a ‘frat boy culture’ at the Santa Monica based company. Brack is one of the parties mentioned in the lawsuit.

Jen Oneal and Mike Ybarra will be co-leaders of the company moving forward. The announcement calls them co-leaders so Activision Blizzard does not have anyone in the role of the company's President at present.
"Jen and Mike have more than three decades of gaming industry experience between them. Moving forward, they will share responsibilities over game development and company operations."
Oneal was the vice president of development and has worked on games like Diablo and Overwatch . Ybarra was the executive vice president and general manager of platform and technology. Oneal is the former head of Vicarious Visions, which is now a part of Blizzard Entertainment.

Activision Blizzard sued by state of California over toxic culture

Activision Blizzard are being sued by the state of California after serious claims were being investigated over a toxic work environment and sexual harassment.

Blizzard says the new leadership hopes to ensure the company is a safe place for women and people of any gender, ethnicity or sexual orientation. The company wants to rebuild trust which is at an all-time low following the lawsuit. Several former employees have recounted shocking stories of sexual harassment and workplace discrimination.
Activision Blizzard employees staged a walkout last week at the company headquarters. Several Ubisoft employees also wrote an open letter in support of their colleagues at Activision Blizzard.
J. Allen Brack released a statement as part of the official announcement.

“I am confident that Jen Oneal and Mike Ybarra will provide the leadership Blizzard needs to realize its full potential and will accelerate the pace of change. I anticipate they will do so with passion and enthusiasm and that they can be trusted to lead with the highest levels of integrity and commitment to the components of our culture that make Blizzard so special.”

Brack joined Blizzard in 2006 and became the president of Activision Blizzard in 2018. He has held several important positions within the company before President, including his role as the production director on World of Warcraft. He also spearheaded efforts for WoW Classic.
The industry veteran is one of the parties in the California state lawsuit for not taking 'effective remedial measures' on claims by female employees. According to the lawsuit, Brack verbally counseled Alex Afrasiabi after employee complaints, but he latter continued to sexually harass female employees. The lack of measures to make the workplace a safe place for women is a big reason for the 'frat boy culture' and continued sexual harassment at the company.
Stay tuned to esports.gg for the latest gaming news and updates.