Five things that will shape the esports industry in 2023

From the Microsoft-Activision Blizzard deal to the Olympics, here are five key events that will shape the industry’s future.

2022 was the year when esports returned to normalcy, as far as it could after a couple of years that were defined by a pandemic. But this year saw another global challenge, one where a war between countries uprooted millions of people including many gamers and esports pros. As we look ahead to 2023, here are five things that will shape the industry for the future. 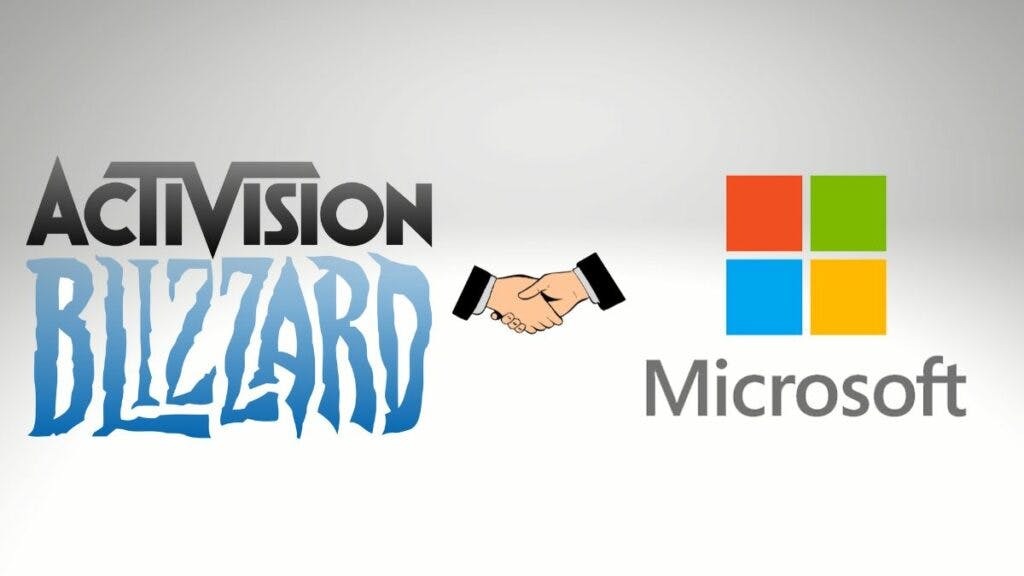 Activision Blizzard is one of the biggest game publishers out there. With IPs such as Overwatch 2, Diablo, Hearthstone, Call of Duty and more, there’s no doubt any news that impacts Activision Blizzard will also affect the entire esports industry.
After all, it wasn’t that long ago that Blizzard managed to sell franchise spots for prices as high as above $30 million. The franchise owners and the league had to reinvent themselves as a result of the pandemic.
On Jan 18, 2022, Microsoft announced plans to acquire Activision Blizzard in a $70 billion all-cash deal. The Santa Monica-based game company was fresh off a series of sexual harassmet and workplace abuse claims with employees staging walkouts in protest. For Microsoft, this deal would make them the third-largest game publisher behind only Tencent and Sony. After the heightened console wars of 2021, Microsoft’s Activision-Blizzard buyout would put them in a similar league with Sony’s PlayStation and frankly, might even make them the better-performing company of the two.
But the deal has run into problems including antitrust laws which look to derail the acquisition. The mega-deal which would catapult Microsoft into becoming one of the biggest game companies in the space is under close scrutiny n the US by the Federal Trade Commission Competition, Markets Authority in the UK, and antitrust regulators in the EU.

Blizzard’s exclusive broadcast deal with YouTube Gaming expired earlier this year. And CDL games are now back on Twitch. What does this mean for 2023? Activision Blizzard’s YouTube Gaming deal encompassed Hearthstone, CDL, and Overwatch League. Having tested the waters with Twitch and later YouTube Gaming, there are no more options for Blizzard games.
While the Microsoft acquisition might not be directly impacting the broadcast deal negotiations, the delay in securing another deal or an extension of the previous one does not bode well for the industry.
Esports has always had a problem with monetizing its online broadcasts. Even though several tournaments boast large viewership numbers, the lack of any reasonable competition to Twitch means that tournament orgs have often been unable to earn commensurate revenue from exclusive broadcast deals.
The move to YouTube Gaming had a sizable impact on the viewership numbers. Games like Hearthstone saw a massive drop in viewership while there were deductions for OWL and CDL as well. Without an exclusive deal, it’s safe to assume Blizzard’s esports titles will return to Twitch and that should boost viewership numbers. But is the viewership boost enough to compensate for the loss in revenue? Only time will tell.

YouTube Gaming is probably the only remaining competitor to Twitch’s dominance.
Speaking of broadcasts, there are only two big names in the esports live-streaming industry. After Mixer’s sudden death, YouTube Gaming has emerged as the single-largest competitor to Amazon’s Twitch.
YouTube Gaming signed Activision Blizzard titles for two years of exclusive broadcast on its platform. In the meantime, YouTube Gaming also signed individual content creators such as Courage, Valkyrie, and more to its platform. The platform’s viewership spiked in 2020 reaching a peak in December before dropping off.

Source: Statista.
With 2023, it remains to be seen how YouTube’s strategy will impact the division of viewership numbers in esports. Twitch has championed the industry, but its monopoly over the live-streaming section is not good for the industry’s health. Competition breeds innovation and in this case, sustainability for tournament organizers.

ISTANBUL, TURKEY - SEPTEMBER 18: A view of the players stage at the VALORANT Champions 2022 Istanbul Grand Finals on September 18, 2022 in Istanbul, Turkey. (Photo by Colin Young-Wolff/Riot Games)
Valorant esports was in full bloom in 2022 with Masters events all over the world and a Champions event in Istanbul. As we head into 2023, Riot Games has already unveiled its 30 participant teams for the upcoming kickoff event in Brazil.
While several esports have come tried to break into the upper echelons of esports tiers, Valorant has comfortably walked into the club. With Riot Games’ track record and backing, Valorant has seen consistent growth in viewership and player base.
Riot Games has already announced the format of 2023 Valorant esports. With three international Leagues and the Kickoff tournament in Brazil, the 2023 season will end with VCT Champs around August-September.

Support and Prestige for women’s tournaments

One of the many things Valorant is doing right is its backing for the women's esports scene. VCT Gamechangers received the same level of prestige and backing as did the men’s tournament. G2 Gozen won the tournament after a reverse sweep in the Grand Finals to secure the trophy.

Investments in esports will be one of the hot topics of 2023. As fears of a 2023 recession loom large, niche industries will be the first to be hit. And as much as esports continues to grow and is already quite big, the industry is still niche. It pales in comparison to sports no matter the individual cases, it definitely needs more money and has struggled to do so till now.
The one thing that has fuelled the esports industry has been investments and sponsorships. And most of the money has come from the Middle East and China.
In the past couple of years, the Middle East has invested massive amounts into esports. From buying majority stakes in tournament organizers to sponsoring the biggest names in esports, a big part of recent esports investments have come from the Middle East. Savvy Gaming Group, which is owned by Saudi Arabia's sovereign wealth fund has been at the forefront of esports investments and bought ESL and Faceit in January 2022.
With drastic changes to the crypto markets, esports companies will have to diversify their outreach to other industries. The CIS region has seen dominant involvements by betting companies, so that’s one source of potential investment but the lack of funds might actually force TOs to look at increasing revenue from their consumers. This might take on the role of merchandise sales, ticket prices, or maybe viewership broadcast deals. But repercussions from 2023 will manifest themselves in the next few years to shape the industry.

The first Olympic Esports Week marks an important milestone in our ambition to support the growth of virtual sports within the Olympic Movement. We believe the exciting new format of our virtual sports competition, with live finals to be staged for the first time, is an opportunity to collaborate further with esports players and to create new opportunities for players and fans alike.

IOC President Thomas Bach
Esports in the Olympics serves as a big step towards mainstream acceptance for the industry. Although esports is longer a small industry and is quite well-known, it still a lot of room to grow. For the Olympics, adaptation is important and the first step is to include esports in some form or the other. With time, we will see esports titles in the Main Olympics events, but in 2023, we have the Esports Week.
Stay tuned to esports for the latest news and updates.