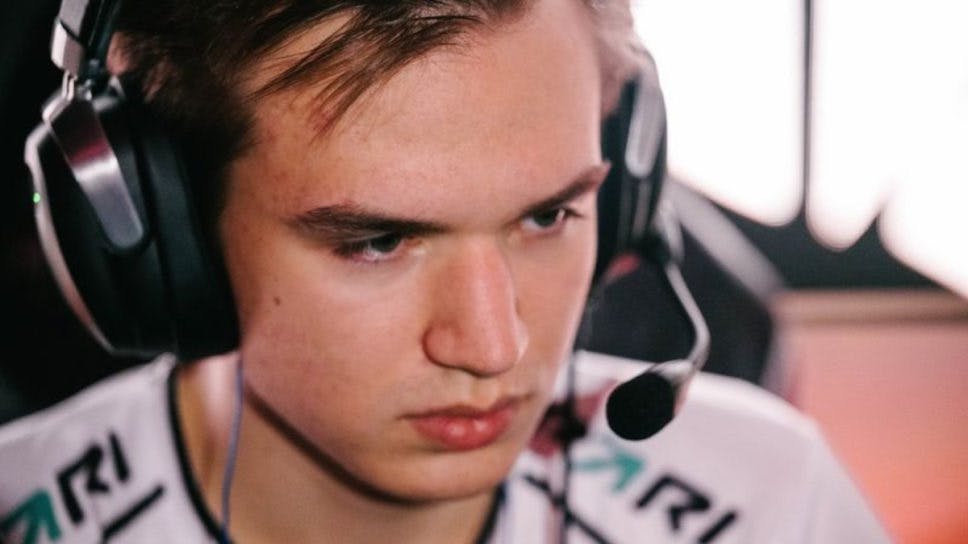 Pure departs Entity ahead of the upcoming DPC season

Young carry player, Pure departs Entity ahead of the 2023 DPC season despite an impressive year.

Indian organization, Entity - currently competing in the Western European (WEU) Dota Pro Circuit (DPC) joins the roster shuffle wave and released breakout carry player, Ivan "Pure" Moskalenko.
This announcement is quite unexpected as Pure had been a brilliant talent who performed incredibly well throughout the year. With Entity, he emitted a carry playstyle that excelled in a lot of aspects including fast farming, great decision-making, and even broad versatility.
Pure was praised for his unconventional carry heroes such as Sniper and Outworld Destroyer which saw success. Not to mention his formidable Pudge which destroyed games left and right. Together with Entity, which fielded a lineup of new talent - Pure emerged as one of the best carry players in 2022. Despite an impressive year, Pure departs the lineup and sets to find a new home.

Pure at ESL One Malaysia.
Image via ESL
Entity, an Indian esports organization set foot in Western Europe by acquiring rising team, Creepwave. Surrounding captain Fishman, Tobi and Stormstormer, they constructed one of the most convincing fresh lineups. The team completed its roster with the addition of Kataomi and controversial player, Pure.
The 18-year-old player had a dim start to his career when he entangled himself in controversy under Virtus.pro. He had drawn a pro-Russian war symbol in an official match, and Pure, together with his team, was quickly penalized for it. Pure released an apology video and the community was willing to give the young player a pass - though eyes were definitely locked on the player.
The DPC Regional Leagues was a rocky journey for Entity, with the team constantly hovering over the relegation zone. But Entity managed to clinch a Major slot after winning close tiebreakers against Team Secret. However, Pure was unable to attend due to VISA issues.
After three seasons, Entity couldn't bag enough DPC points for a direct invite to The International 11. But they delivered an unbeatable performance in the WEU Qualifiers to secure an easy slot at the grand event.
Despite placing 9th - 12th at TI11, Entity was more than impressive. The squad even showcased one of the wildest games in history against Royal Never Give Up and emerged triumphant.

The Dota 2 Roster Reshuffle – Stay updated with the latest changes in Dota 2 esports.

With Pure out of Entity's lineup, fans are left to wonder: Who will replace Pure and where will the prodigy head next? Fret not, the anticipation will last a short time as the roster lock deadline nears. Teams will have to finalize and register their official players by December 9th, 2022, a mere two days from now.
In the meantime, stick around Esports.gg for more Dota 2 roster news and updates!

Sarah "KZ" Zulkiflee
Editor | Twitter @kayzeesarah
Born and grew up in Malaysia, but a citizen of the world. High-key addicted to everything Dota 2. Spams support heroes but Ancient Apparition is an all-time favorite (a 100% Ice Blast accuracy). Only PMA during the day.