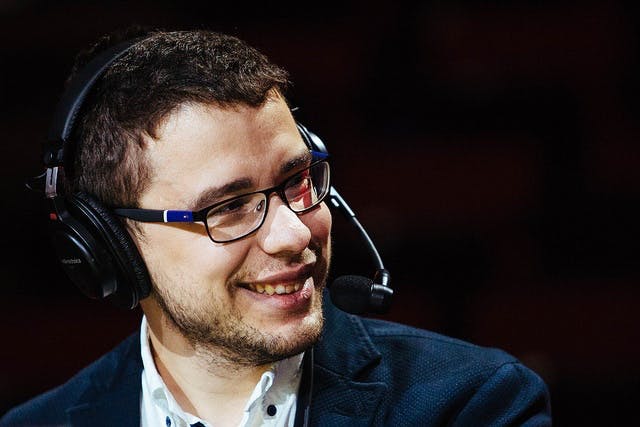 LighTofHeaven will no longer be on the talent list for the remainder of TI10.

International winner and broadcast talent Dmitry “LighTofHeaven” Kupriyanov has announced his departure from his casting role at TI10 after allegedly being dismissed by Valve. The on-air talent announced his early departure in a tweet posted late on October 14th.
In the tweet, translated directly on Twitter, LighTofHeaven alleged that he’d been removed from TI10: “My way on #TI10 ended as possible in all subsequent tournaments from @valvesoftware ... I thank them for their joint ten-year cooperation and wish you all the best. Thanks to everyone who watched and supported.”

The purported reasoning behind the removal relates to an on-air conflict. In particular former Virtus.pro players Ivan "Artstyle" Antonov and Alexey "Solo" Berezin. LighTofHeaven reportedly criticized the duo over their former team’s performance. Virtus.pro with Artstyle and Solo never reached the heights of the current VP roster. Virtus.pro's new lineup now secured at least a 6th place finish at TI10. LighTofHeaven allegedly pointed this out to his co-casters, and was subsequently removed.
However, it seemed like LighTofHeaven’s departure was slightly hasty—fellow caster Vitalii “V1lat” Volochai indicated in a tweet that LighTofHeaven’s comments were inappropriate, but that the on-air talent hadn’t been fired. Kupriyanov was simply not booked for the next two days, like several other casters.
Later Kupriyanov confirmed he had been informed of the reasons for his removal by Valve Software:

“Thank you all very much for your support. I want to clarify a little. I have a direct confirmation from an employee @valvesoftware that my work is on #TI10 finished. The person politely and clearly explained the rules and reasons for finishing work at the event, for which he is very grateful :)”

LighTofHeaven on his TI10 departure
TI10’s casting core has been bolstered by dozens of talents from all around the world. The CIS region, in particular, has several several former players on its talent lineup. Many of those, like Kupriyanov, are former TI winners and players. LighTofHeaven’s former Natus Vincere teammate Danil "Dendi" Ishutin, remains at the event.
Meanwhile, CIS teams have put up a strong performance at TI10. Team Spirit recently eliminated two-time champions OG from the touranment. Virtus.Pro has already secured a top-six finish at TI10.
Stay tuned to esports.gg for the latest Dota 2 news and updates.