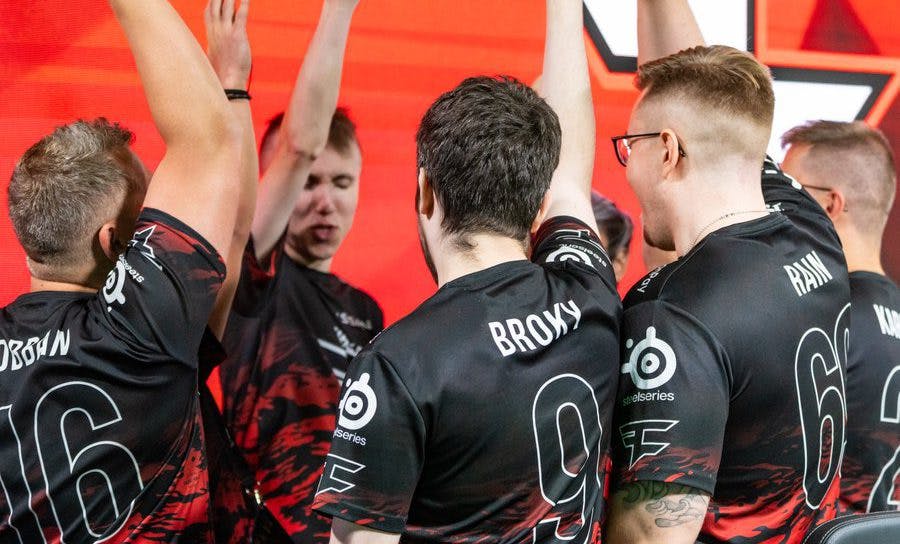 They are the first team to go to the CS: GO Major. And it wasn’t easy.

The IEM Rio Major is the first CS: GO Major in Brazil and it will feature the best teams from across the world. Teams are currently competing in the Road to Rio RMR events to secure their spot at the Major. And today, FaZe Clan have secured their spot at the IEM Rio Major.
FaZe and Sprout faced each other in the Round 3 High Matches. FaZe has had two extremely close matches so far in the tournament. Their debut match against GamerLegion went to 53 rounds with a 28-25 score where KarrigaN and co. emerged victorious. Their next match, against Fnatic, was no walkover either. But the current Major title holders managed to win that best-of-one with a 19-17 score.
Today’s match against Sprout was always going to be a tough series. Sprout are a team that has shown to be in tremendous form, winning over Forze and Team Spirit. But going up against FaZe would always be a challenge.

The three maps for today were Ancient, Nuke and Mirage. Traditionally a CT sided map, FaZe were off to a 9-4 start, but were unable to win the last two rounds of their half. On their CT side, Sprout, led by lauNX, finished Map 1 with 37 kills.
The competitive nature of the first map did not seem to continue into Nuke, where Sprout marched ahead with a 9-0 score. The 9 rounds on the CT start made the match look very one-sided on Nuke, but FaZe were not to be left behind. Some exceptional individual performances, mostly by Broky and KarrigaN enabled FaZe to not only mount the comeback but take the map to overtime. KarrigaN’s characteristics aggressive risky plays paid off on more than one occasion, helping FaZe take the map to overtime. Unfortunately, for them, they couldn’t close it out in Overtime, but they still had the clear momentum in the series.
FaZe’s momentum was in full effect on the final map where they were off to a 12-3 start. KarrigaN-led teams have traditionally always been extremely strong on Mirage and they looked very comfortable on this map. KarrigaN and co. won Mirage 16-5 and took the series 2-1 to qualify for the IEM Rio Major. Ropz ended Mirage with a 101.1 ADR while Twistzz, despite having more kills, was not far behind at 98.7

Three of the strongest teams on verge of not making it to the Major. Here’s who they lost to …

FaZe Clan are the defending Major champions.Image Credit: ESL.
With this win, FaZe Clan are now guaranteed a Legends spot at the IEM Rio Major. Having won the previous Major, FaZe Clan is one of the favorites going into IEM Rio Major. However, their recent performance has left a lot to be desired, although the players are fairly confident in their ability to secure the win.
Stay tuned to esports.gg for the latest CS: GO news and updates.