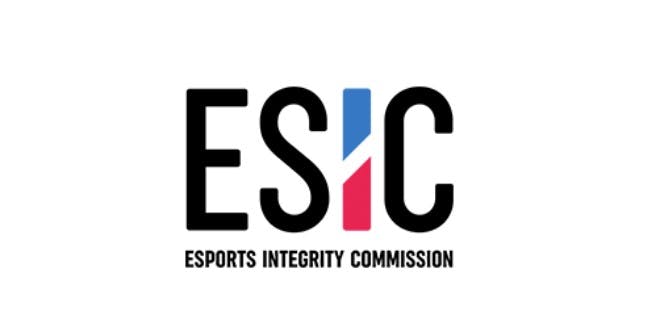 The Transparency Initiative has a four-stage rollout. ESIC will also release public statements on a few ongoing investigations in the next few days.

The Esports Integrity Commission has launched the Transparency Initiative to boost visibility of investigative work and outcomes. The Transparency Initiative will have a four-staged rollout over the next few months.
The investigation and subsequent sanction against CSGO coaches abusing a visual in-game bug included some big names. ESIC has also launched further investigations into match-fixing and is collaborating with the FBI on this matter. However, the workings of the Commission were largely unknown to the general public despite the increased curiosity in the same.

What is the Transparency Initiative? And what was its need?

ESIC oversees 15-30 investigations at any given point of time. However, due to resourcing constraints, ESIC chooses to focus on investigations that are essential to its activity.
The Esports watchdog also acknowledges that most of the matters it investigates are of a highly sensitive nature. As such, any publicity about them could be a risk to the investigation. It also has the chance to damage the reputation of innocent parties.

ESIC is aware that the growing public interest in its activities and demand for information to be made available is something that it needs to resolve. It is important that ESIC provide a reliable and proportionate level of insight into the activities it undertakes so as to bolster public confidence in the integrity of esports and of ESIC as its guardian.

Transparency Initiative to have 4-staged Rollout

ESIC has centralized reporting on declassified public matters by installing a publicly accessible Matters Registry. This registry details all current ongoing investigations that are publicly disclosable. The registry will also disclose the status of those investigations wherever possible.

Which matters are currently listed in the Public Matter Registry?

There are four matters in the Public Matters Registry. ESIC will provide updates on some of them soon.
There are four matters listed in the registry, including the following:
ESIC will issue a public statement regarding Hunden’s behavior along with evidence on August 25, 2021 at 10 am CET. The Esports Integrity Commission has also scheduled a press release about the ESEA Premier NA Match-Fixing investigation scheduled for August 23 at 10 am CET.

After several appeals, ESIC is revisiting individual cases in the second batch of sanctions. ESIC is also taking into account Valve-implemented (stricter) rules and punishment for these visual bug exploitations. Most of the cases being revisited involve very short instances of triggering the bug.

Allowing partie the opportunity to appeal a sanction is integral to the ESIC’s functioning. In its bid to provide transparency to its workings, ESIC has announced the Public Appeals registry.
This Registry will detail all current appeals received by the Independent Appeals Panel and their respective status.
This will include information such as:
ESIC expects this registry’s implementation to be complete by October 2021.

The Public Appeals library will contain each permitted appeal and a link to access the written decision of the Appeals Panel. The watchdog expects to implement this library by November 2021.
ESIC is also looking to expand its resources in order to deal with existing and new cases.
ESIC’s decision-making, while notable, was shrouded in secrecy till now. The public had little knowledge about its functioning, allowing some parties to express doubts over the commission’s functioning. The Transparency initiative will go a long way in earning public trust and providing regular updates about its functioning.
Stay tuned to esports.gg for the latest CS:GO news and updates.