Who is Meredith in Dragon Age: Absolution?

Dragon Age: Absolution gave quite a tease for the potential new villain Meredith. But who is this mysterious figure? come find out!

Dragon Age: Absolution is the latest addition to the Dragon Age universe. The six-part Netflix special follows Miriam and her friends pulling off quite the heist. During the final moments of the last episode, viewers are left with quite the lead up heading into Season 2. The main question that viewers have is who is this Meredith character in Dragon Age: Absolution

A brief history of Commander Meredith

Fans of the Dragon Age games will undoubtedly be familiar with who Meredith is, as she plays a pivotal role in Dragon Age II. And when she made a appearance in the ending of Dragon Age: Absolution, fans knew they were going to be in for a ride during the next season of the show. Meredith, better known as Knight Commander Meredith is the leader of the Templars in Kirkwall. Meredith and her Templars became known for their oppression and use of blood magic. The same type of blood magic we saw in Dragon Age: Absolution that was condemned for even considering its use. 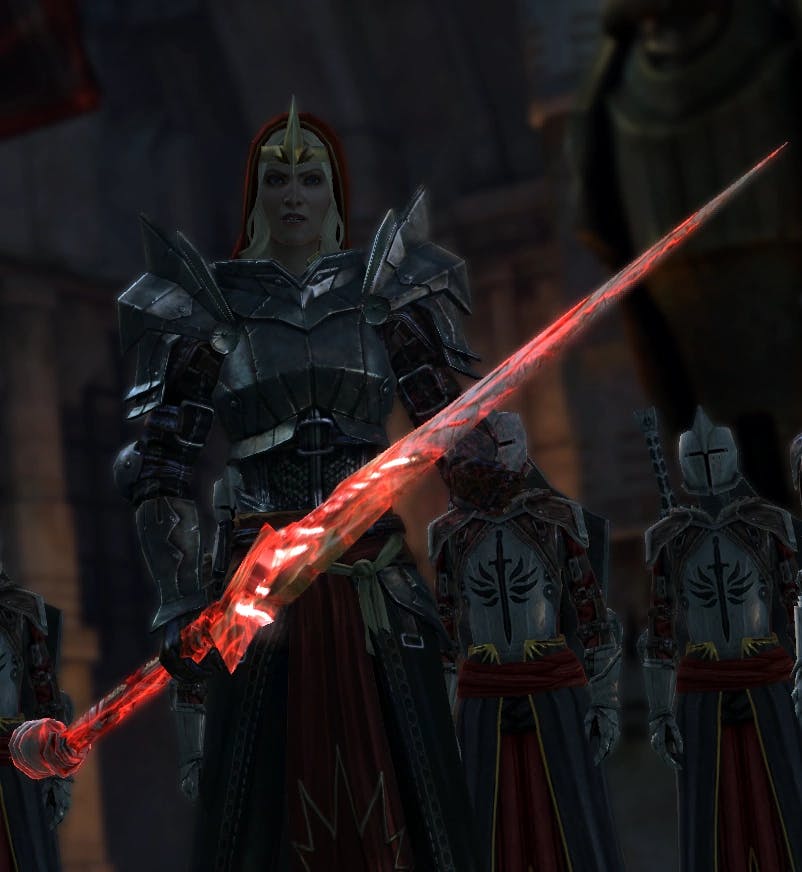 So suffice to say, Commander Meredith was quite a challenge that players had to overcome. However, while she was not the ruler of Kirkwall, her influence on the City of Chains was ever-present. Anyone who wanted to run for Viscount or any other significant political role needed her support or they were not eligible. Commander Meredith in the Dragon Age games also had a bit of an obsession with Lyrium. When mages use this ore, their powers are greatly enhanced but at the cost of their sanity.
Towards the end of Dragon Age II, Commander Meredith's obsession took over. With a blade made entirely out of Lyrium, she was driven mad by paranoia. Eventually her madness forced her own Templars to turn against her. And in her final moments, she drew too much power from the Lyrium and turned into a statue.

The ending of Dragon Age: Absolution has Hira heading towards Kirkwall with the Circulum. On the other enend, in Kirkwall, Meredith eagerlywaits Hira's arrival. Meredith even sends out some Templars to make sure Hira arrives. And it seems like Meredith has plans for the Circulum. Although we don't have confirmation, it seems like Meredith will be the main antagonist of Season 2 of Dragon Age: Absolution. However, she is still encased in a prison of Lyrium, so maybe the Circulum will help her break free. Who knows for sure. Viewers will have to wait until Season 2 to find out.
You can read more about Meredith on the Dragon Age wiki here. Stay tuned to Esports.gg for more gaming and Esports news.