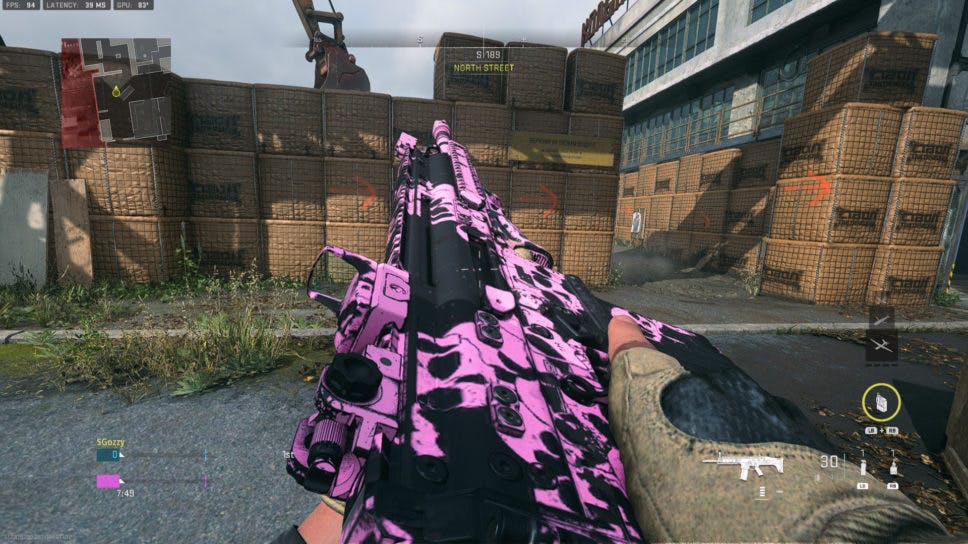 The TAQ-56 is one of the best Assault Rifles in MW2 but what’s the best setup for it?

The TAQ-56 is one of the strongest Assault Rifle weapons in Call of Duty: Modern Warfare 2, but what is the best build for the gun in MW2?
Better known to franchise fans as the SCAR, the TAQ-56 is a fantastic option for mid-to-long range gunfights. If you are expecting a close quarters-style fight, this isn't the gun for you. Fans know it as the SCAR because it is modelled after the real-life FN SCAR-L.

How to unlock the TAQ-56

Unlocking the TAQ-56 is incredibly simple. Unlike some of the other weapons in MW2, you can get access to the TAQ-56 by simply increasing your "Military Rank" in-game. This is your account's overall level. It is a base weapon and not part of a weapon tree.
The TAQ-56 is unlocked at Level 19. You will have to play with other weapons before being able to use this one. Although, if you played the MW2 beta and levelled all the way to level 30, you will have access to the Frontal Impact blueprint.
The blueprint comes with some pretty decent attachments for the gun and will let you level up whilst using it.

The best build for the TAQ-56

The new customisation system in MW2 makes it quite difficult to nail down one set of attachments that is better than all of the others.
Instead of the 10 attachments that you could put on your gun in Vangaurd, you can now only use five. That makes deciding what is important to have on your weapon all the more important.
Weapon tuning is also available for every weapon in the game and can be unlocked by levelling up each individual weapon to its max rank in the game. It adds another level to the complexity of how to optimise each weapon to individual playstyles. 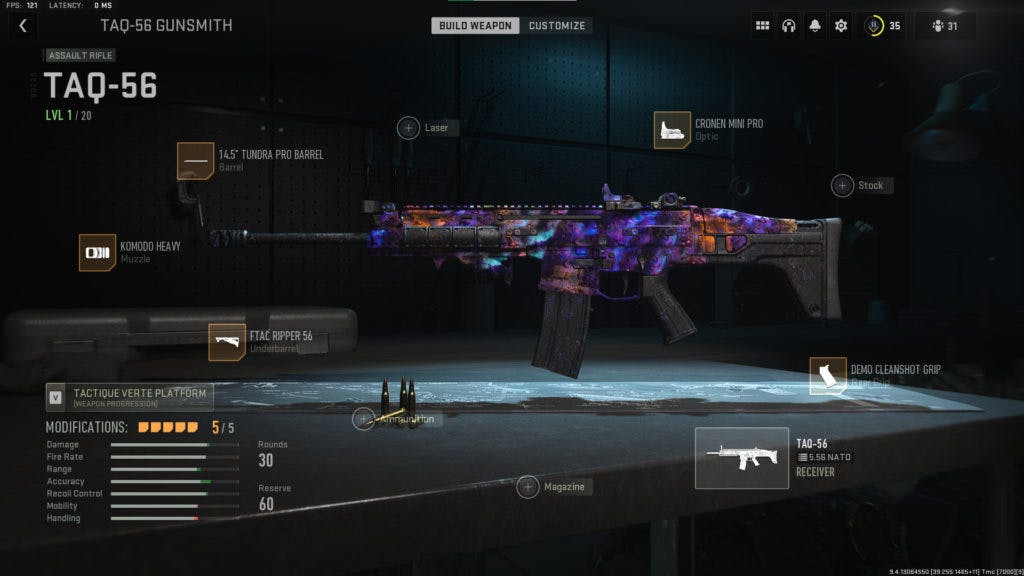 Most come down to personal preference but these are the best that we've used so far.
The best TAQ-56 build in MW2:
Our attachment choices aim to minimise recoil and add to the damage range of the weapon. It makes it a force to be reckoned with in distance gunfights.
The TAQ-56 is a very versatile weapon and can allow for a slower or faster pacing depending on which attachments or tunings you want to use on your gun. For us, we've left the tuning completely untouched on our TAQ-56 build, keeping the balance of the base weapon.

There are multiple difficulty levels in Modern Warfare 2 that let you decide how easy or how challenging the campaign will be.

Of course, this will have slight variations defending on what kind of playstyle you want to play. This is a very balanced and do-it-all build for the TAQ-56. It makes the recoil on the gun negligible and allows stability that makes aim improve by itself.

Ant Stonelake
Contributor | Twitter @itsjustantnow
Doubling as a football (soccer) journalist following EFL League Two club Tranmere Rovers, Ant has a long-standing passion for gaming. That, combined with the drive to create content in the esports space led to the creation of The Rotation, a Call of Duty news platform.